Use 'Credit Card' on 'Google Play'

The point-and-click adventure has been around since the first computer mouse let us point and click on things.

These games mix puzzle solving with storytelling. They focus on exploring, talking to characters, and filling your pockets with more items than is physically possible.

While they were most popular during the Sierra and LucasArts boom of the '90s, games in this much-loved genre have enjoyed a resurgence of sorts in the last few years as nostalgics and new players have found touchscreen devices the perfect home for puzzlers.

So, if you're looking for a new adventure to scratch a Monkey Island-shaped itch or if you've never played a point-and-click before, here are ten excellent adventure games available on Android. 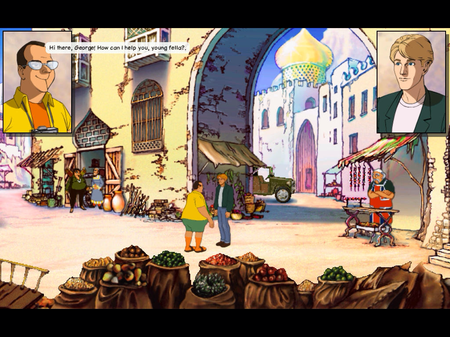 George Stobbart is trying to enjoy a cup of coffee outside some Parisian cafe when - and isn't this always the way? - an assassin dressed as a clown drops off a bomb disguised as an accordion and blows the bistro to bits. Typical.

This sets George off on a crazy globetrotting adventure as he tracks a cult of neo-Knights Templars across Europe and the Middle East with little more than his wits, a few snarky comebacks, and a dirty tissue covered in face paint.

Broken Sword is a marvellously engaging game with terrific puzzles and rat-a-tat dialogue. And while the Director's Cut edition on Android includes some unwanted extra content, it's absolutely worth experiencing this classic game. 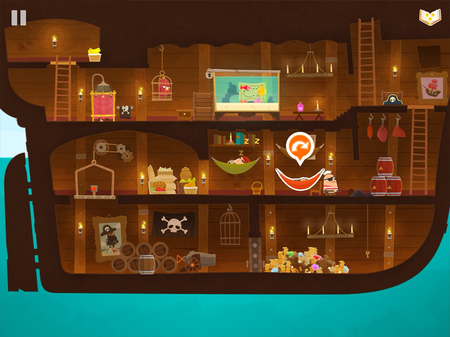 Tiny Thief is a point-and-click adventure for the smartphone generation.

You're still filling your pockets with everything not glued down and solving cryptic logical puzzles, sure, but this app has colourful graphics, short bite-size levels, and even an Angry Birds-style three-star scoring system.

Tiny Thief might not be the most traditional game on this list, then, but it has buckets of charm and some surprisingly ingenious riddles to work through. If you get stuck, read our complete walkthrough for the game. 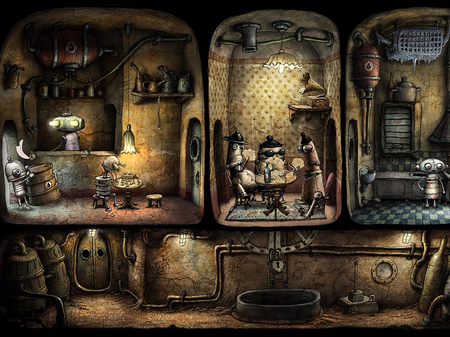 The gorgeous hand-drawn world of Machinarium is filled with tin can rust buckets, whirring automatons, and boy-bots in love with girl-bots. They can do anything a human can do (and more), except talk.

This means no dialogue trees to climb, and no boring conversations to tap through.

But you'll also have to figure out what you need to do by reading body language, looking for patterns, and deciphering the mad cartoons in each robot citizen's thought bubble.

If you can figure out what you need to do, you'll find an inventive adventure game with absurdly detailed scenes to explore and some terrifically smart puzzles to solve.

Simon the Sorcerer
By MojoTouch - buy on Android 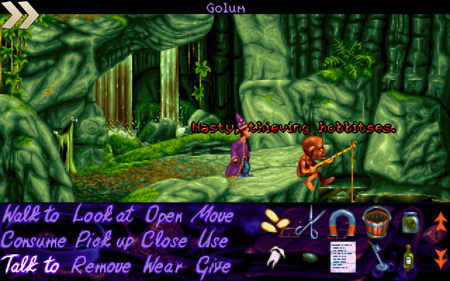 A classic Amiga adventure game that dominated my '90s childhood years even more so than Byker Grove and pogs.

You play as muggle teenager Simon, who gets sucked into a fantasy world of trolls, evil wizards, and silly fairy tale parodies.

The game has a wicked sense of humour and a very British sensibility. Plus, voice actor Chris Barrie (from Red Dwarf) lends Simon a great sarcastic tone.

Here's hoping MojoTouch gets around to porting the equally great sequel to Android very soon.

The Silent Age
By House on Fire - buy on Android 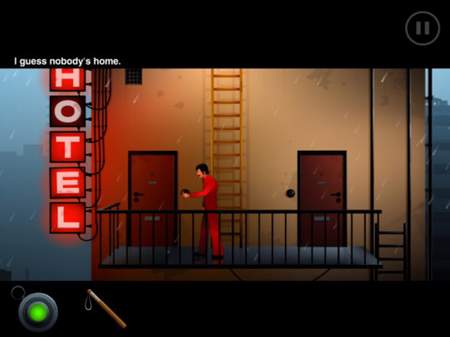 This time-travelling thriller jumps back and forth between a groovy 1972 and a post-apocalyptic 2012.

As accidental hero Joe (a janitor with a moustache that'd make Tom Selleck envious), you can use your epoch-hopping ability to solve puzzles. That's because making subtle changes in the '70s can have dramatic repercussions in the 21st century.

The puzzles can get fiendishly tricky, so make sure you refer to our complete walkthrough for The Silent Age if you get stuck.

You can get the first chapter of this ingenious adventure for free, but don't forget to cough up for part two when it goes live on Google Play later this year.

The Room
By Fireproof Games - buy on Android 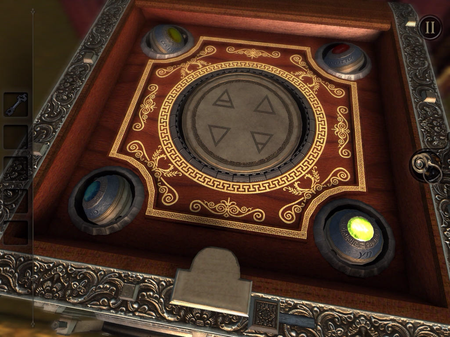 The Room is not a typical point-and-click game. You can't see the hero, there are no characters to talk to, and there's only one room to explore.

But we reckon that this game, with its tactile environment and spooky atmosphere, will appeal to fans of tricky puzzles and interesting (though understated) stories.

The focus is on one intricate puzzle box which you crack open like a matryoshka doll only to find more and more tightly locked containers hidden inside. You'll need a keen eye for clues and a logical mind to complete this game.

If you do get stuck, do take a look at our walkthrough. And once you're done, make sure to move on to the bigger (and better) sequel. 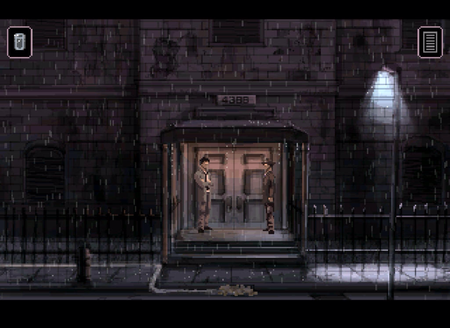 Gemini Rue is a game of two halves. It's both a dystopian prison escape thriller, and a hard-boiled Blade Runner-inspired sci-fi crime caper.

Both sides of the coin are fascinating point-and-click adventures, with well-told stories and clever puzzles steeped in real-world logic. But just wait for these disparate narratives to come crashing head-first into each other.

We said that Gemini Rue's "got atmosphere, a compelling narrative, and clever puzzles" in our Gold Award review of it. We also suggested that "if you missed it on PC, don't let it pass you by again." 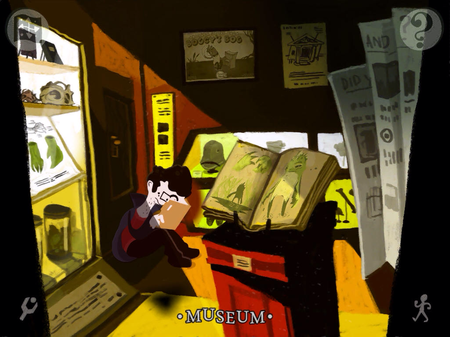 This cartoon whodunit has you trying to unravel a murder mystery in the middle of a swamp. The swamp's owner, Richard Remington, has been offed, and all the clues point to a mythological creature nicknamed Boggy being responsible for Remington's death.

Your job is to figure out who really did do the deed. How? By presenting the right evidence to the right witnesses, scouring crime scenes for clues, and following leads.

Sometimes, you'll even wind up inside Grimoire's noggin and have to piece together his scattered thoughts to experience those sort of Eureka moments them telly detectives have.

And, yes, we've got a complete guide to the game on Pocket Gamer. Did you expect anything less?

Fester Mudd: Curse of the Gold - Episode 1
By Prank Ltd - buy on Android 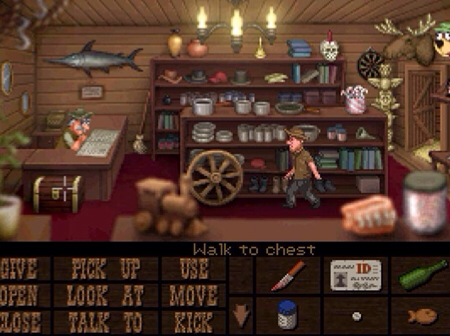 At first glance, Fester Mudd looks like some forgotten relic from the '90s that was dredged up and shoved on Google Play.

But don't be fooled - this is a thoroughly modern point-and-click just dressed up to look like an old-school VGA LucasArts-era adventure.

You play as the reluctant hero Fester, who has to get off his lazy arse to track down his lost brother. This first episode is charming, genuinely funny in spots, and manages to absolutely nail that retro style.

Episode 2 is apparently on the way. Though we haven't heard hide nor hair about it in almost a year. 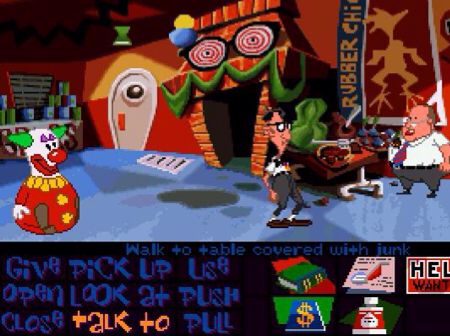 Almost every essential point-and-click adventure on iOS has turned up on Android eventually. Except for two, that is: LucasArt's Monkey Island remakes.

But there's no need to run out and buy an iPad. You can actually play the original games (as well as LucasArts favourites like Indiana Jones and the Fate of Atlantis, Day of the Tentacle, Full Throttle, and The Dig) through point-and-click emulator ScummVM.

Just install the app on your Android, pull the necessary files off the original CDs (you can buy these old games on eBay), and you'll be playing Sam & Max on your phone in no time.

Stay abreast of the latest and greatest Android adventure games with our buyers' guide.
SEE COMMENTS

The best choose your own adventure games on Android