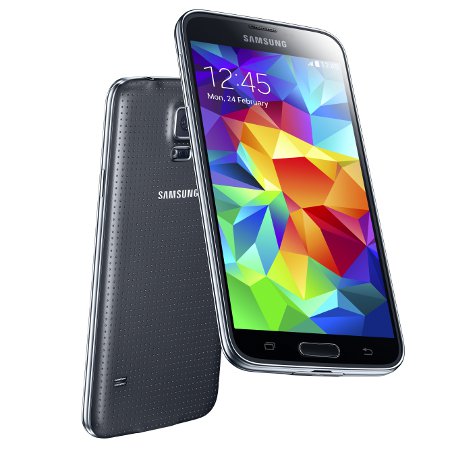 The Samsung Galaxy S5 is the big dog of the phones and tablets announced at MWC in Barcelona.

It's the shiny new version of the South Korean firm's flagship smartphone, and it features some new tech previously unseen in the Android ecosystem.

So, the Galaxy S5 boasts a fingerprint scanner, a heart rate monitor, and a big 5.1-inch screen with an HD resolution. It's still made of plastic, though it's got a shiny "chromed plastic" edge thing running around the outside.