Huawei announced no less than five new devices at its big MWC press conference in Barcelona.

That includes two tablets, a smartphone for young and impressionable users, plus a novel take on the wearable technology fad in the form of a Bluetooth headset that can be 'stored' on a wristband to double up as a watch.

The theme of the event was high-speed connectivity, with every new device supporting at least category 4 LTE data speeds (in laype's terms, that's up to 150 megabits per second, or "very fast").

Huawei's new portable wireless hotspot (E5786) can also go up to an eye-watering 300 megabits per second, which could also eat through your monthly data allowance in a matter of seconds. 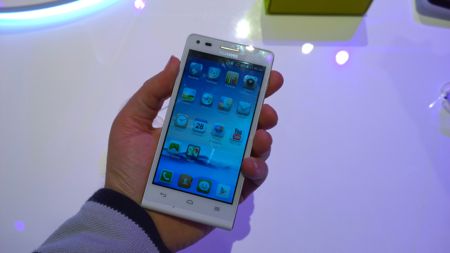 The Ascend G6 was the most traditional item of Huawei's new kit. It's a phone, designed for 18-30 year olds.

This, apparently, means it needs to accommodate for selfies - and not just of your own face. The front-facing 5-megapixel camera has a wide angle lens so you can now snap a whole group.

Plus, auto face enhancement will remove blemishes and make you look good even on the worst days. 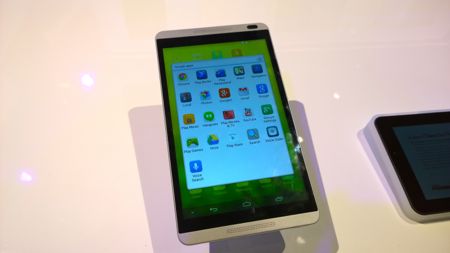 The MediaPad M1 is an 8-inch monster tablet for the masses. Retailing for under £300, it has a SIM card slot (4G of course), dual side speakers with Huawei's Super Wide Sound technology, and a large 4,800mAh battery. 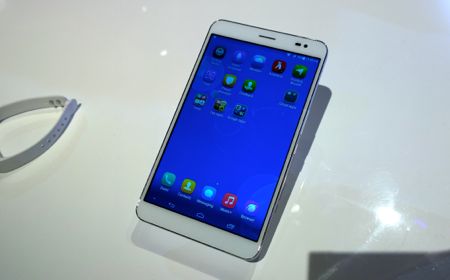 However, it's the MediaPad X1 that attracted the most attention, as the smallest 7-inch tablet currently on the market (as of today at least; who knows what else will be unveiled at MWC before the week is up).

Smaller and lighter than both Google's Nexus 7 (2013 edition) and Apple's iPad mini, Huawei is very proud of its creation that can also be used as a phone - if you don't mind looking slightly ridiculous.

Using a new 'Nano-injection plastic molding' technique has allowed Huawei to get the X1 so thin and light, with a 2.99mm bezel and 80% screen-to-body ratio.

As this might make it rather hard to hold the tablet without touching the screen, Huawei has added detection of a gripping thumb and will simply ignore the input to allow to scroll, zoom, and select using your other free hand. 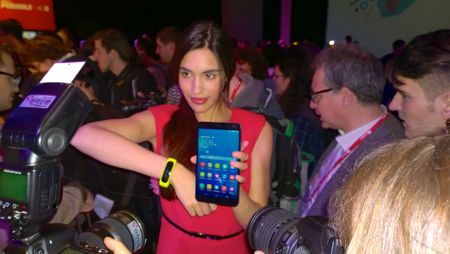 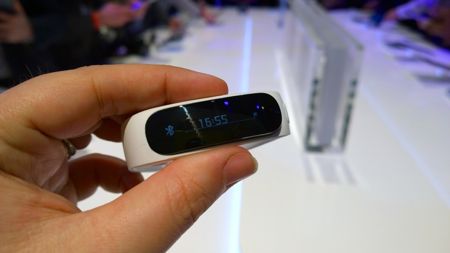 Finally, the TalkBand B1 is an rather crazy idea that could actually work in practice. Ignoring other smartwatches, Huawei has based its creation on a regular Bluetooth headset with OLED display, and then created a strap that you can use to store the headset when not in use. 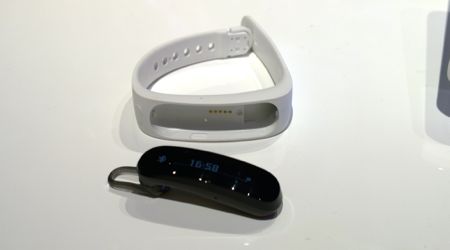 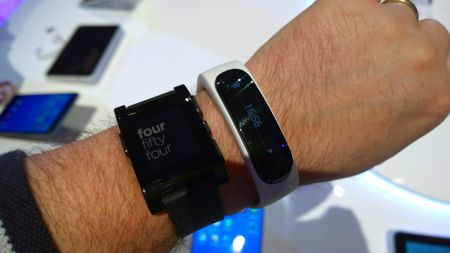 It not only solves the problem of where to put your headset when not in use, but also enables you to check the time or who is calling at-a-glance. Even more clever is an embedded USB connector in the strap, making it easy to charge from any computer or USB charging adapter.

The TalkBand will sell for under £100 and can also monitor your heart rate.

The Ascend G6 and MediaPad M1 will be available from April, while the MediaPad X1 and TalkBand B1 will ship in the second half of the year.

Silver Award-winning Tilt to Live 2: Redonkulous has appeared on Android earlier than expected