This one's a bit convoluted. Stick with me, though, and you'll end up with one of the best touchscreen RTS games for nothing at all.

This means that Touch Dimension's Silver Award-winning strategy battler has been taken down from the App Store.

But this feudal China-set strategy game has been replaced by a new version of Autumn Dynasty, this time on Touch Dimensions's own App Store account.

And for a week it's not going to cost you anything to grab that version. 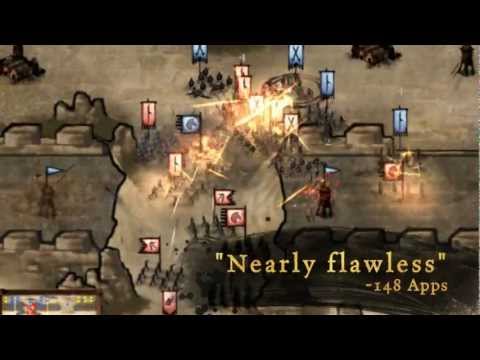 It's a way to get fans of the game back up and running without them having to shell out twice. It's also a way of stoking up some excitement among interested new players for the game's upcoming sequel, Autumn Dynasty Warlords.

At review, we called Autumn Dynasty "a feature-packed RTS that's smart, intuitive, and has the gameplay chops to back up its gorgeous looks."

If you haven't played it yet, then, pop on over to the App Store and download this new version for free.

Mig 2D: Retro Shooter is a top-down blaster for Android that does almost everything you'd expect it to do

Fancy battling across ancient China in Autumn Dynasty for free?