The past is now

When it was released back in 2012, the NeoGeo X was supposed to mark the glorious revival of a brand that was once considered the Rolls Royce of gaming.

However, the machine didn't quite live up to expectations.

A combination of outdated software delivery methods and less-than-stellar hardware resulted in a system that was almost comically overpriced at £179.99.

The story of the NeoGeo X is far from finished, though. The most recent twist is that IP owner SNK Playmore has terminated its agreement with Tommo Inc., the firm that manufactures the machine under licence.

Tommo has countered this, stating that it has the right to continue making the NeoGeo X until 2016. 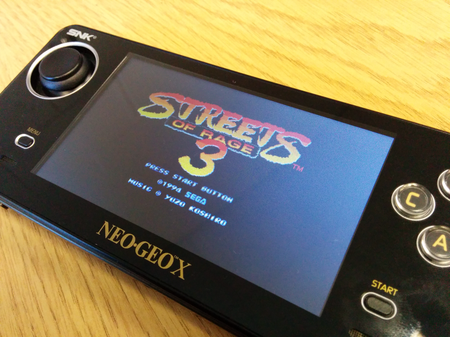 Irrespective of the somewhat baffling legal battle currently raging around the console, the NeoGeo X has recently become a lot more desirable thanks to industrious hackers who have managed to 'jailbreak' the console and unlock its potential as an emulation platform.

The console was actually hacked some time ago, but the recent v500/v500a firmware update included the removal of homebrew functionality. Thankfully, it has since been restored via the NGX Tool, a special cable which enables you to upload the custom firmware and thereby run emulators on the console.

While the NeoGeo might seem like an odd inclusion when you consider that the NeoGeo X is designed to replicate the very same classic console out of the box, you can get access to every game released with a hacked handheld and not be limited to the handful of titles published - on SD cards, no less - by Tommo so far. 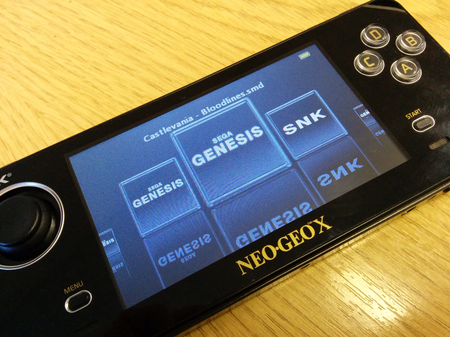 Once you've got the requisite items, hacking the NeoGeo X is a relatively straightforward affair. It requires a PC and an image writer program, which enables you to write the hacked firmware to an SD card.

You can then connect the NGX Tool to your NeoGeo X console to deploy the revised firmware - a process that will be familiar to anyone who has purchased the NeoGeo X 15-in-1 Mega Pack, which includes a "rocket" cable for installing a (legitimate) firmware update.

With the hacked firmware in place, it's simply a matter of connecting your NeoGeo X console to your PC and dragging and dropping ROMs in the relevant folders.

The key thing to remember is that some of the emulators won't work with zipped ROMs. For example, the Mega Drive and SNES emulators require .smd and .sfc files, respectively.

In case you were worried about harming the machine, the 20 pre-installed NeoGeo games that come with the console remain intact, and the system functions just as it did before - the key difference is that you open up a suite of emulator options by selecting the SD card option. 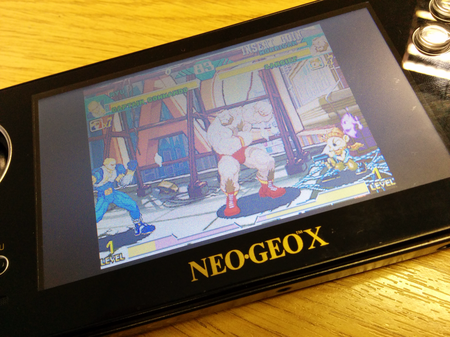 Bearing in mind that the NeoGeo X is apparently based on the Dingoo A320, it's perhaps unwise to expect emulation performance on par with the Tegra 4-powered Nvidia Shield.

CPS1 and CPS2 emulation is surprisingly good, while the Mega Drive and SNES can suffer from dropped frames and patchy sound. The Game Boy Advance also has audio issues, but these could well be remedied over time as more hacked firmware hits the web.

Even with these performance niggles, it's still a welcome development. And it will undoubtedly give your NeoGeo X a new lease of life as a result.

It remains to be seen how SNK Playmore and Tommo's legal wrangles will pan out. Both sides are steadfastly refusing to back down, which could mean that the NeoGeo X becomes something of a collector's item. 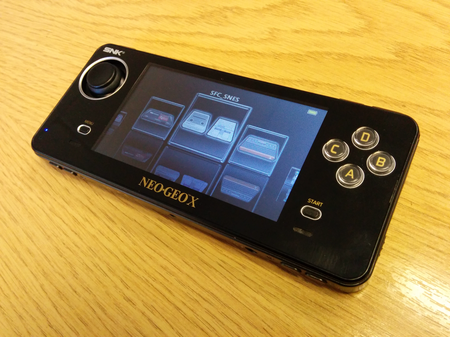 If that proves to be the case, it might not actually be a terrible idea to pick one up now, while stock is still readily available.

At least with this hack in place, you know that you can get your money's worth out of the system by transforming it into a one-stop resource for all your retro gaming needs... and not just NeoGeo-flavoured ones, either.