He had a good run

With little fanfare and littler forewarning, Nintendo's Shigeru Miyamoto announced that The Year of Luigi is drawing to a close.

Taking to Miiverse, Miyamoto thanked everyone for their support during The Year of Luigi but quickly noted that, "all good things must come to an end, and the Year of Luigi will conclude on March 18."

We all suspected this was coming - what with it being 2014 and all - but Miyamoto's announcement hardly seemed like the send-off the mustachioed one deserved. 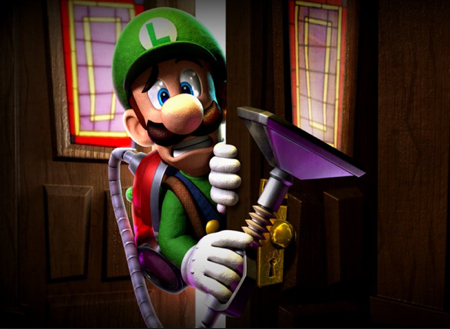 It's difficult to know for sure if the Big N has any final surprises planned for The Year of Luigi in the month ahead, but it seems unlikely as there was a noticeable lack of Luigi in the most recent Nintendo Direct.

Even if Luigi is destined to go quietly into the night, we'll always remember The Year of Luigi fondly for the launch of Pocket Gamer Gold Award-winners Luigi's Mansion 2: Dark Moon and Mario & Luigi: Dream Team Bros.

So feel free to shed a tear, take a look back at our favourite moments from the Year of Luigi, and focus on what lies ahead.

Namely, we've got Yoshi's New Island coming out on March 14, Mario Golf: World Tour on May 2, and Kirby: Triple Deluxe hitting two weeks later on May 16 ...and that's not even touching on the subject of Super Smash Bros. which we still don't have a release date for.

The most dramatic moments from The Year of Luigi