Not so casual after all

Casual Connect 2014 in Amsterdam was a show of weird juxtapositions.

Take, for example, the bizarre architectural mishmash of the giant glass cube nestled in the middle of a 100-year-old brick and stained-glass Beurs van Berlage building.

Or how the resolutely independent and original games on the show floor were showcased against a backdrop of lectures with soul-sapping names like "Driving Player Engagement and Core Monetization through In-game Events". I didn't make that one up.

We'll leave those lectures to our pals at PocketGamer.biz. We, meanwhile, waded through the enormous ocean of indie games on show and picked seven to which we think you should look forward over the coming months. 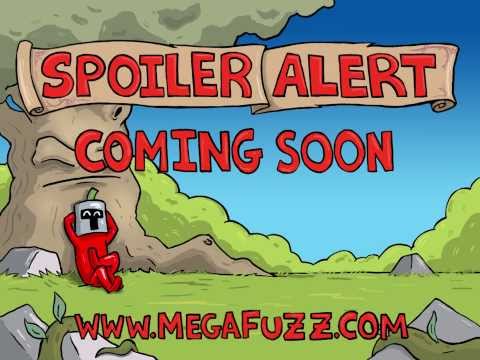 This barmy platformer is billed as the first game you'll "uncomplete". Basically, you start by finishing the last level of the game. Time then flips into reverse. And you must walk backwards through the entire game.

Not only must you avoid getting killed - like in any other game - but you also have to avoid making paradoxes. So, if an enemy is dead, you have to jump on its head to 'un-kill' it. If an enemy is alive, however, you have to leap over it to keep the reverse timeline intact.

It turns into a quick-draw puzzler where you need to figure out what your hero did in the first timeline so you can undo it. Spoiler Alert is fiercely original, and I can't wait to see the other inventive twists on the idea. 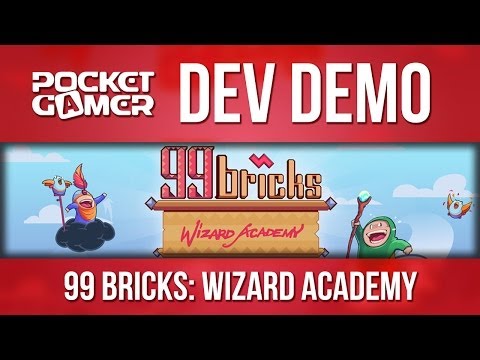 We've written about 99 Bricks: Wizard Academy before. But given it's still not out worldwide (it's currently in soft launch mode in Holland), it deserves another mention.

In this game, you build a tipsy tower out of falling physics-driven Tetris-style blocks. You'll also have to contend with rival students who cast spells on your blocks to make them slippery or invisible.

When you finally lose (by dropping three bricks), you get to finish off your higgidy piggidy skyscraper with a fetching spire. You can then share the result on Twitter or Facebook.

99 Bricks: Wizard Academy is a free-to-play game, so you'll be able to boost your coffers with real cash or purchase premium items. You use money - whatever the source - to buy boosts, enemy blockers, outfits, mission skips, and more.

You can see the game in motion above as developer Niels Monshouwer walks us through the game.

Quad
By Cellar Ghost - heading to iOS and Android 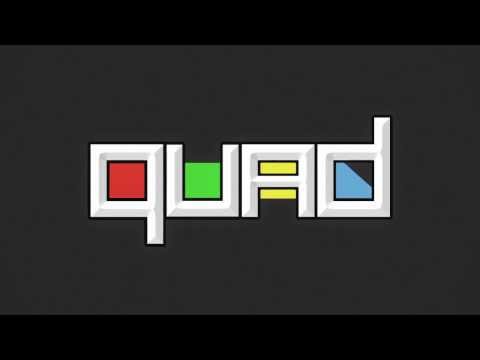 I like this tricky puzzle game. The idea is to fill four adjacent squares with the same colour so they'll merge to become one big square. Do this with the entire playfield - thus filling the screen with one colour - and you win.

The difficulty is quickly ramped up, and new ideas are introduced at a rapid pace. That includes a nuisance spider creature who scores through bricks and splits them into ever-smaller quarters.

It's tough, but it's fun. This brainteaser will be heading to iOS and Android soon.

If you attend a fair number of conferences, you'll start to see the same games over and over again. I've seen two-player party game iOMGZ, for example, at three different shows in the space of about six months.

In this one, you can use the iPad's camera to put yourself in the game. The build I played in Amsterdam still had the photo of me that developer Alex Houdent snapped in London earlier this year.

So, it's high time I gave this game a shout-out. iOMGZ is a collection of silly two player mini-games played on the same screen. You might have to bat a meteor into your opponent's planet, cover the screen in your colour of paint, or win a race in a hamster wheel.

In a personal favourite of mine, you are put in a pretzel factory and challenged to pick out faulty snacks with misshapen bodies. It's not the most enjoyable, but I liked the idea that this gives you a 10-second snapshot of some poor sap's day job.

¡OMGZ Mucho Party!, to give the game its full (ridiculous) name, will be heading to iPad and larger-screened Android devices soon.

Shapist
By Qixen-P - heading to iPad 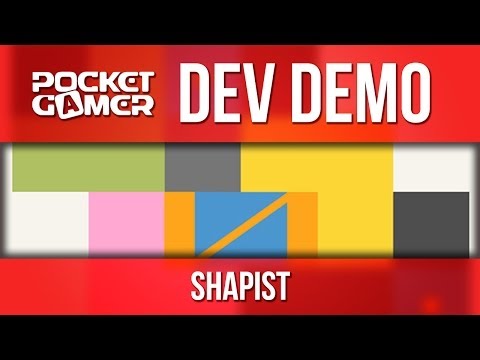 Sliding block puzzlers are the bane of my existence. Or, at least, the bane of my Professor Layton career. In Shapist, however, two-man team Qixen-P has managed to make one with which you'll fall in love.

It's still frustratingly difficult, of course. And you'll find yourself vainly shifting blocks around the same claustrophobic screens for hours. But completing these carefully designed puzzles is incredibly rewarding when you finally finish them.

Qixen-P introduces new elements every few levels, including springs, magnets, and twisting blocks. These new elements not only serve as fresh twists on the puzzle, but they also result in a greater degree of physicality and tactility.

The elegant toy-like game Shapist will be out on iPad very soon. Watch the video above to see it in motion. 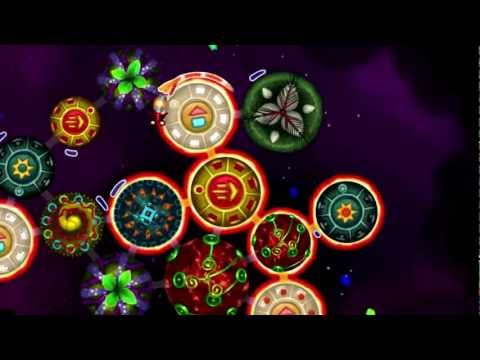 With Bezircle, Ludomotion takes the hoop-hopping mechanic of Ring Run Circus and plops it into a tense single-screen strategic deathmatch.

Two players on the same tablet or phone control two monster worms in a sea of circles. Using just one button, you tap to move between rings, or hold to travel around the circumference of a ring and claim it for your own.

Simple stuff at first. But you can expect to encounter more mechanics and dramatically different modes, including one where explosive hoops can blow the battlefield to bits and reconfigure the entire screen layout.

Bezircle was born during the 2012 Global Game Jam. It'll be heading to some unspecified platforms (I played it on an Android phone) soon. 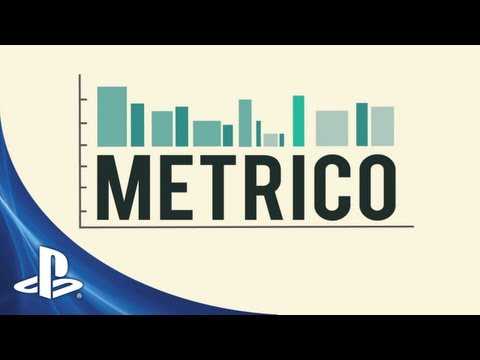 We've confessed our love for Metrico before, but allow me to add my voice to the chorus.

This Vita game is inspired by infographics and spreadsheet graphs, but the various data points are linked to your actions. A bar chart might rise and fall based on your position on the screen, or soar a few notches every time you jump.

The puzzles are smart and satisfying, and new ideas are introduced all the time to mix up proceedings. It's also fiercely challenging (a source of embarrassment to me as developer Thijmen Bink watched my pitiful puzzle solving over my shoulder).

Metrico will be out in the spring or so, and belongs to the ever-growing collection of essential indie games on Vita.