And more SteamWorld games are on the way!

Vita owners: you'll want to go grab your pickaxes for this one. Trust me.

Well, Image & Form has just confirmed that its Platinum Award-winning 3DS game SteamWorld Dig will be available for Vita and PS4 in Europe this spring.

Can you dig it

On this very subject (and other future SteamWorld games), Image & Form CEO Brjann Sigurgeirsson has just spoken to our sister site PocketGamer.biz.

He describes the upcoming prequel to SteamWorld Dig as being "a marvellous little game and a delightful genre mix".

The confirmed sequel to SteamWorld Dig, on the other hand, is "grander than Dig - a bigger world and another setup, but very much in the Dig vein."

However, Sigurgeirsson states that the next SteamWorld game will be the fifth one chronologically.

"It will inherit some of the Dig mechanics, but it'll be a completely different type of game," Sigurgeirsson says. 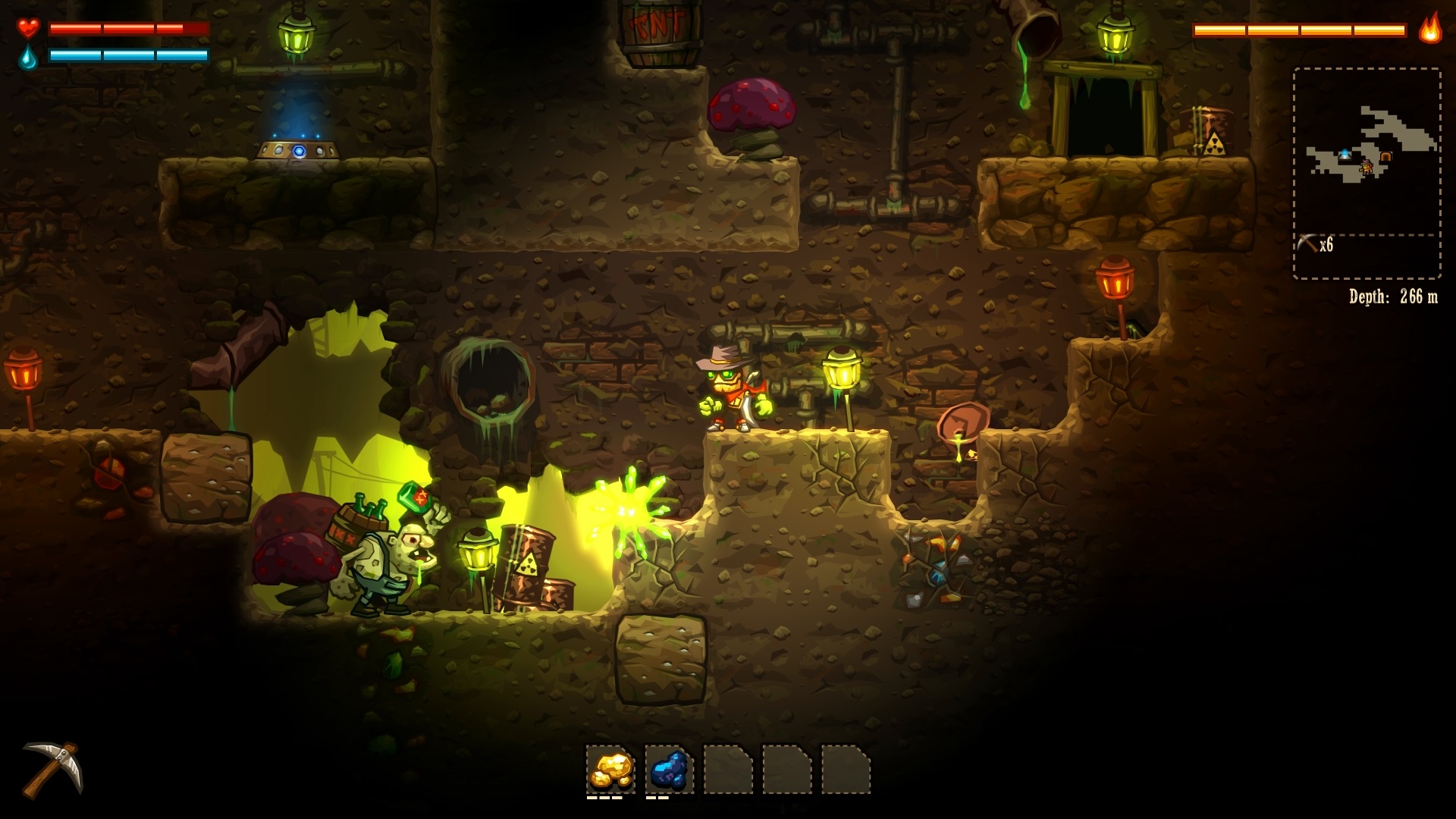 "If we're not completely out to lunch, it'll garner a much bigger community than Dig, where you could typically finish the game in 2-3 days and never had the chance to discuss the game with anyone else while playing."

"The next game will invite players to discuss strategies, etc. while they're playing."

Image & Form will formally announce the next SteamWorld game this spring.