Aralon: Forge and Flame is a pretty impressive-looking upcoming RPG-adventure for iOS

Will it have dragon force?

Aralon: Forge and Flame sounds like the name of a concept album by a Swedish hair metal band.

It is, in fact, the sequel to Aralon: Sword and Shadow, an ambitious but flawed 2010 iOS RPG.

Well, Crescent Moon has published some new screenshots for this upcoming second game in the series. And, my, it looks pretty impressive. All shiny surfaces and nice lighting and other things that are probably important.

I've embedded one of these screenshots just below this paragraph. You've probably already seen it. Looks good, right? 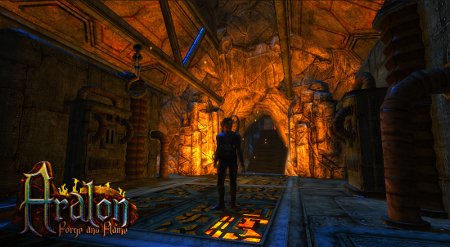 In terms of further info about Aralon: Forge and Flame, well, it's being built in Unity, it'll have day / night cycles, and it'll boast three different explorable areas.

While we're waiting for more information on this game, why don't you go and look at the pretty pictures in the gallery way back up there.