The cream of the crop

We're always trying to find better ways to filter and curate the mad labyrinthine nightmare that is the App Store.

So, instead of presenting to you an armful of mediocre apps you might want to buy in this round-up - like we've been doing for the past few months - we've decided to just highlight three amazing iOS games we heartily recommend.

This week: a numerical puzzler, celestial-management sim, and a contentious role-playing remake. 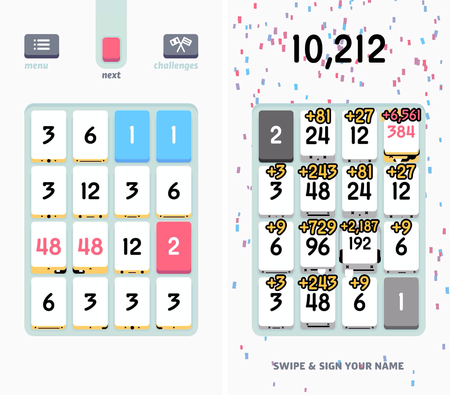 I was ill last week, and spent about four days stuck in bed. If it wasn't for the magical healing powers of Netflix documentaries and iOS puzzler Threes!, I may never have recovered.

Okay, so that might be overselling it, but Asher Vollmer and Greg Wohlwend's super-smart and ultra-compulsive puzzle game is exactly the sort of satisfying time drain you need when you're sick or stuck on a train or forced to watch Deal or No Deal.

It's simple stuff - just shunting numbered tiles around a grid and combining identical tiles to make ever-bigger numbers - but there's enough depth here to keep you dipping in and out for months in a vain attempt to beat my fever-induced score of 10,125 points. 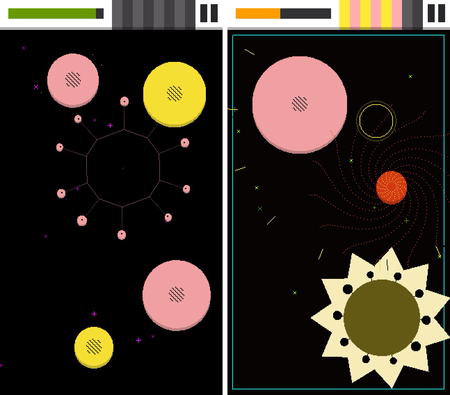 Way, way back in the ancient era historians refer to as "2009", Steph Thirion's Eliss was an early indie favourite on the then-nascent App Store.

It was a multi-touch marvel about splitting and merging coloured planets, then tossing them into the yawning maw of a black hole, all the while trying to stop the different worlds from careering into one another.

Now, Thirion has remastered her claustrophobic planet juggler with a new endless mode, some retouched visuals, a tutorial, and - most importantly of all - proper iPad support. 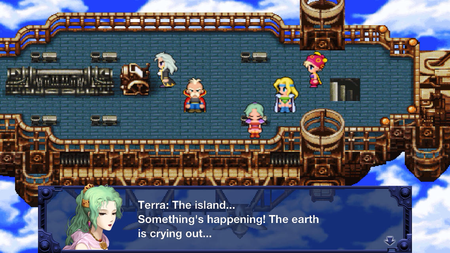 Super Nintendo cult classic Final Fantasy VI has not made the leap over to iOS unscathed.

Other edits, like the blobby Jelly Babies-style character sprites, have proved to be more controversial.

In reviewing the Android edition of the game, our Matt said that Square Enix's relentless fiddling shouldn't distract you from this "rare gem of gorgeous storytelling and high adventure".