Pocket Gamer's primary goal in life is to make sense of Google Play (and its iOS cousin, the App Store) and find the stuff that really matters. The games worthy of your time and money.

We do that every day, of course, with our carefully curated news stories and our in-depth reviews. With this article, however, I pick out three 'droid games you should get right now.

This week? A manic avoid-'em-up set in a Windows Media Player visualiser, a sausage-stroking game for up to four players, and a game from the History channel which has nothing to do with history. 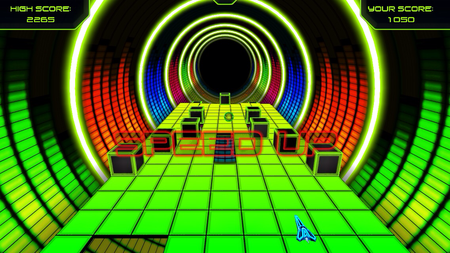 We do so like a game whose name is also its instruction manual. Avoid: Sensory Overload is a game about avoiding things while careering through a psychedelic, pulsating neon-lit subwoofer.

In each level, or in the randomly generated endless mode, you'll weave away from blocks and holes and angry red enemies, and snake into power-ups and score multipliers.

In his review of the iOS version, Harry called it "a little rough around the edges, and lacking that vital spark". He decided, though, that "Avoid: Sensory Overload is still an entertaining dodger". 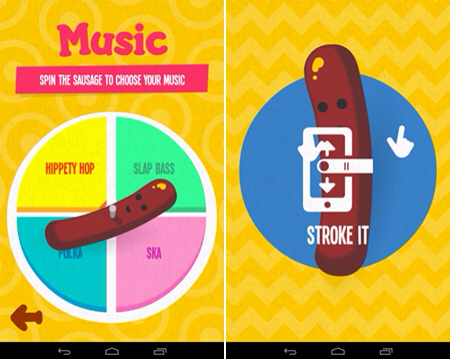 Sausage Royale is a super-silly party game about a dancing sausage. Your job is to quickly perform physical tasks with your Android device before time runs out. A bit like playing Bop It with a stick of pig meat, then.

It's designed for up to four players (or you can play by yourself if you want to feel extremely lonely), but you only need one device. You simply pass the phone around to see who can keep the sausage dancing for the longest. 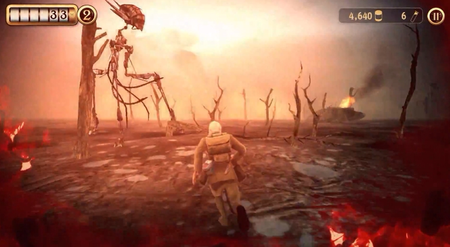 The History channel has just given up now, hasn't it?

Once a TV station dedicated to, erm, history, the confused producers of this channel now air things that are happening in the present (pawnshops and ice road truckers) and things that never happened at all.

The 1913 Great Martian War, as far as we're aware, falls into that last category. But while this fictional interplanetary battle might be make-believe, it does provide a good backdrop for a fun 3D endless-runner.

Like in Temple Run and co., you'll be bounding over obstacles and darting into power-ups here. You'll also, however, be avoiding giant Martian robots and narrowly avoiding Red Planet brand explosives. Nothing too special, but a nice addition to the genre.