Lucario will be fighting once again in Super Smash Bros 4

And it will be more powerful than ever 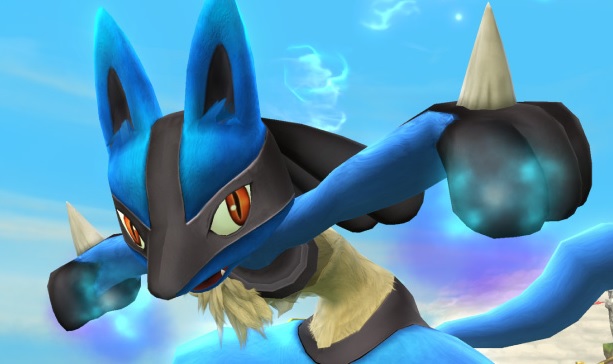 Fighting type Pokemon Lucario will be returning to the battle in Super Smash Bros 4.

Lucario is known for its powerful Aura move, which deals out more damage the lower your health is. This led some players to deliberately get hurt when playing as Lucario in Super Smash Bros Brawl.

In announcing Lucario for Super Smash Bros 4 on Miiverse, game director Masahiro Sakurai said that the influence of Aura has been increased. That's your cue to gasp.

This makes a damaged Lucario "truly a force to be reckoned with", apparently. Can't argue with that.

Super Smash Bros 4 should be available on Wii U and 3DS later this year.