Sega responds with some additional info

By Matthew Diener
| Jan 26, 2014
PS Vita
|
Hatsune Miku: Project Diva f
Updated on January 27, 6:20pm GMT - Sega responded and let us know that it does have plans on how to integrate the six PS3 songs with the Vita version of Project Diva f and will publicise these plans soon.

Additionally, Sega confirmed that Project Diva f will not support cross-save functionality... but it was quick to add that the Vita version will have its own Platinum Trophy for players to collect. The original story follows.

Sega has confirmed that the PS Vita version of the hit Vocaloid rhythm game Hatsune Miku: Project Diva f will come to North America in March.

The download-only Vita version of Project Diva f will be a completely standalone game from the PlayStation 3 version and won't allow players to cross-save.

Fittingly for the first lady of Vocaloid, Project Diva f has 39 songs for players to unlock and play through. 39 has special significance to Hatsune Miku, since it can be read as 'san-kyu' (thank you) or 'mi-ku' in Japanese.

...and you didn't think you'd learn anything by reading this far down.

That said, six of the songs present on the PS3 version of Project Diva F were relegated to DLC status for the Japanese Vita release. 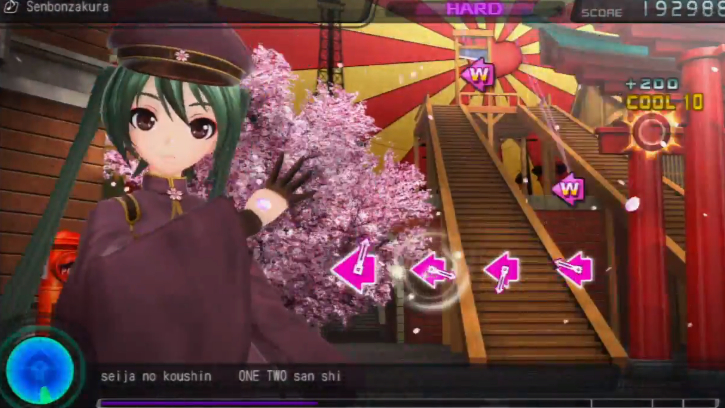 Hatsune Miku: Project Diva f is a fast-paced rhythm game that pairs some of the most popular Vocaloid songs with challenging - and at times, frenetic - background videos to test players' concentration.

Unfortunately, we don't have a specific release date or price for the Vita version of Hatsune Miku: Project Diva f just yet but we imagine they'll surface in short order.

We've reached out to Sega, meanwhile, to see if we can receive any information on if and how it plans to handle the six tracks from the PS3 version and we'll update this story when we hear back.

Until then, check out the trailer for Project Diva f on the Vita below.