Onward to the Floating Continent!

Well, that was fast.

After numerous reports surfaced on a game-breaking bug in the mobile port of Final Fantasy VI, Square Enix rushed out a patch to fix the glitch and address a few other niggles that popped up in the game.

That fix is now live, and we've tested it extensively here at PG HQ.

With the patch installed, you can now progress through the cutscene between Kefka and General Leo - although you might want to free up some time before reloading your game.

That's one mighty long, emotional, and plot-heavy cutscene to sit through. 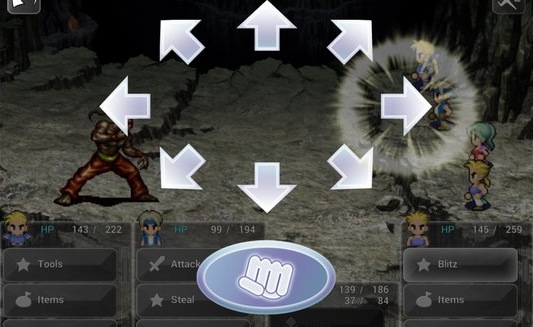 Happier still, Square Enix also fixed our gripe with Sabin's Blitz techniques - all of the Blitzes now have their inputs listed beside them in the main menu.

The current version is, in short, the version Square Enix should have provided at launch, but now that the fix is live we have no trouble recommending the Silver Award-winning RPG to anyone who's not opposed to the genre.

If you can get past the new art style, you'll see that the majority of changes are welcome ones and are - believe it or not - improvements to the original game.