The original Rogue and its relatives have been a mainstay of PC gaming since around 1980.

But while these games have evolved and become increasingly complex (filled with a mind-boggling selection of monsters and items), the graphics have mostly remained astonishingly primitive.

This is the precise opposite of what you want on a mobile device.

The core concepts of roguelikes - the thrill of exploring randomly generated levels combined with the tingling terror of the threat of permadeath - are sufficiently compelling, though, to inevitably encourage a new generation of mobile developers to produce bona fide roguelikes on smartphones.

Turns out there are lots of ways to go about making a fun roguelike on a mobile device, in fact. Here's a selection of the best and most inventive examples.

Cardinal Quest
By tametick - buy on iPhone and iPad 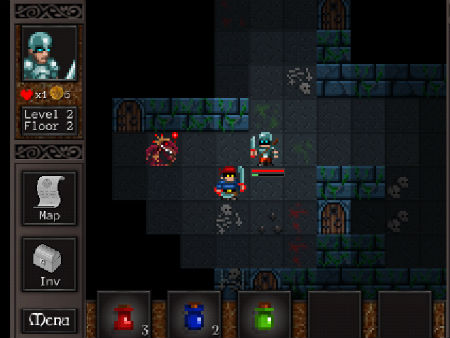 The obvious thing to do is to keep the core gameplay concepts intact while simplifying the interface by slimming player choice.

In Cardinal Quest, tametick does this by discarding the inventory management that's the key to the genre in favour of an automated system where your hero equips the best item he's found in each category without your having to lift a finger.

But there are still plenty of tactics in this game, primarily thanks to a skill cooldown system that can leave careless adventurers at the mercy of the monsters. Hopefully, the upcoming sequel will be just as good as this.

Dungelot
By Red Winter Software - buy on iPhone and iPad 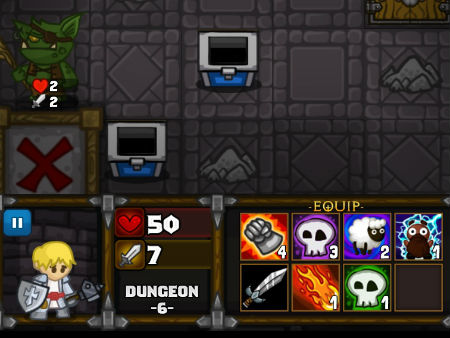 An alternative approach when making a roguelike on mobile is to slim down the amount of things there are in the game - like player powers, items, monsters - while still offering turn-based tactical play.

That's the thinking behind Dungelot (also with a sequel in the works). As such, there's the added advantage of the game being easy to pick up for newcomers to the joys of procedurally generated dungeon delving.

Sword of Fargoal
By Fargoal - buy on iPhone and iPad 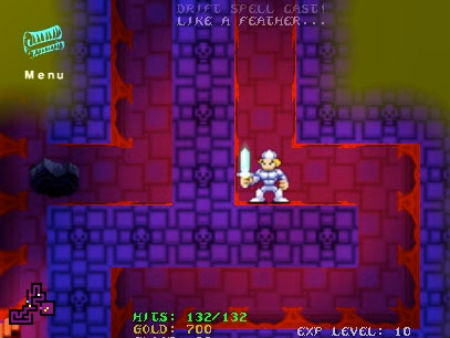 The App Store is full of retro remakes, but this revamp of a 1982 roguelike, one of the first for home computers, ranks among the more ancient.

But it holds up against more modern fare. Stripped of a detailed inventory or choice of classes, it's easy to get into and fun to play. Permadeath, however, does guarantee a satisfying level of difficulty.

If 1982 sounds a bit too old school, be aware there's a Kickstarter-funded sequel in development.

100 Rogues
By Dinofarm Games - buy on iPhone and iPad 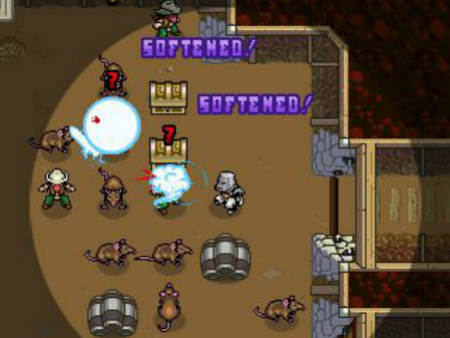 The roguelike genre boasts a bewildering array of different play styles and concepts. But of all the variations available for mobile, 100 Rogues probably has the best overall combination. This is one challenging yet addictive experience.

It's essentially a traditional roguelike but with souped-up graphics and a slimmed-down palette of items and monsters. But there are still plenty of surprises hidden in the depths, and myriad effects to utilise against the various vicious critters crawling through the catacombs.

Ending
By Aaron Steed - buy on iPhone and iPad With Ending, Aaron Steed takes possibly the exact opposite approach to the maker of 100 Rogues. So, Steed strips the game back to its bare essentials and focuses on the tactical aspects instead, resulting in a hybrid role-playing puzzle game.

There's no inventory at all in this game. Instead, you're challenged to work your way through a series of randomly generated levels, trying to work out how to manipulate predictable monster movement to kill all the baddies before a timer runs out.

It sounds simple and boring. It's anything but.

Hoplite
By Magma Fortress - buy on iPhone and iPad 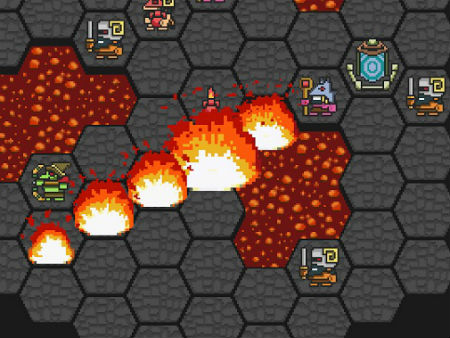 Staying in the same tactical puzzle groove, Magma Fortress spices up the formula with a short but crucial menu of classic RPG ingredients.

You've now got a spear to thrust and throw at monsters, and a leap move to get you out of danger. Plus, there's a power-up for each level you successfully conquer.

The result is a fantastic blend of deterministic puzzle solving and thrilling adventure as you dive to the bottom of the underworld in search of the mythical Golden Fleece. Of Yendor, naturally.

Solomon's Boneyard
By Raptisoft Games - free on iPhone and iPad 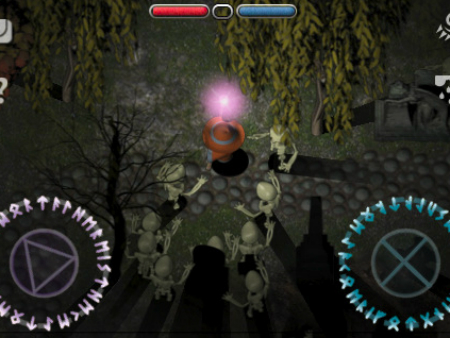 Of course, at the other end of the scale, there are arcade-style games in the vein of the primitive roguelikes but barely recognisable in comparison.

Solomon's Boneyard is one such game. Indeed, having jettisoned turn-based tactics and procedural generation in favour of an arcade blast while wandering around a graveyard, Raptisoft Games may not strictly qualify for this list with this one.

But there's still permadeath and a clever skills system here. Oh, and it's tremendous fun, demonstrating the core appeal of the genre however far its boundaries get pushed.

Heroes of Loot
By OrangePixel - buy on iPhone and iPad 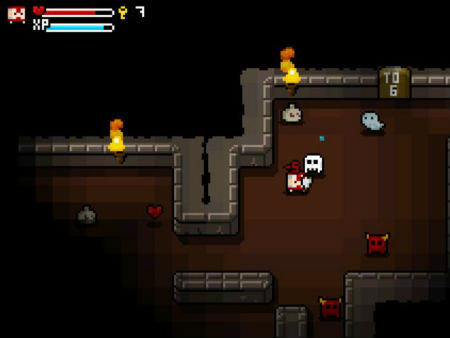 Of course, you can always keep the arcade-style gameplay and some of the horribly addictive loop of 'kill monster, gather treasure, kill tougher monster' that keeps us all conditioned like salivating dogs.

And that's effectively what OrangePixel has given us. How? By throwing old-school shooters, arcade classic Gauntlet and, of course, Rogue into a bucket and blending until deliciously smooth.

POWDER
By Jeff Lait - free on iPhone and iPad 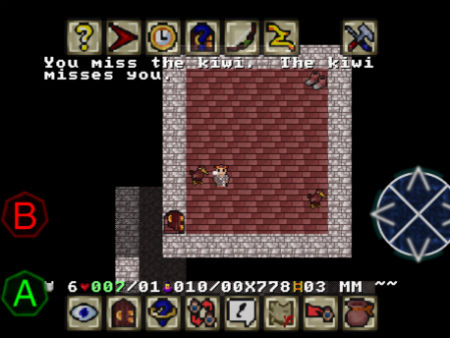 Purists will be grumbling by this point. Fear not, though: there is a range of traditional roguelikes available in the App Store.

The best and most approachable of them is POWDER. It's a game with a curious pedigree, for it has travelled to iOS via the Game Boy (complete with virtual joypad and 'A' and 'B' buttons).

But the constraints of that simple control system meant that the Game Boy version retained much of the depth and complexity of its PC counterparts while remaining highly playable - attributes that make it perfect for smartphones.

868-Hack
By Smestorp - buy on iPhone and iPad 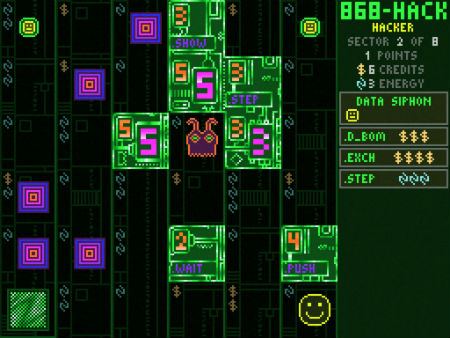 The usual setting for the roguelike genre is boilerplate fantasy. A lone adventurer descends into darkness, sword drawn and torch aloft.

These core gameplay concepts can transcend this feeble stereotype, however. By porting the action to a computer and placing you in the role of a hacking program, Smestorp manages to accomplish just that.

Nothing is lost in the 'transition', with a wealth of strategy and complexity hidden under an accessible interface. Old roguelike hands will be thrilled by the innovations present here.

Want more? Check out our growing collection of Hoplite articles!