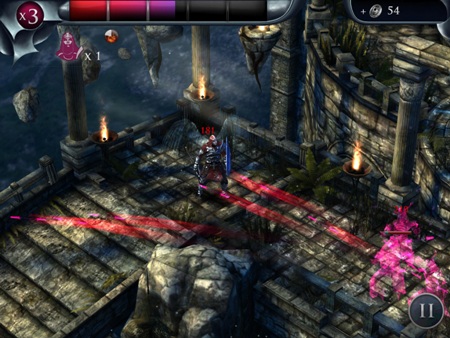 You play as an angel of justice and retribution in Archangel, squaring off against the forces of evil that have gathered to take down Heaven.

You hack-and-slash through the dark creatures using a series of taps and swipes. So, if you're up for a bit of frantic and violent combat, Archangel might be just what you need.

In our review of the game, we said: "Archangel is a well-crafted dungeon-crawler with a handful of nice touches, but it could use a little more spark and imagination in its world design and core gameplay."

Strategy-RPG Game of Thrones: Ascent will magically materialise on iOS and Android 'in the near future'