Seems like a good reason (Updated: And it's back)

Updated on January 13rd, at 12:32: Rhythm Thief has moonwalked back onto the App Store, and the game now works as intended. 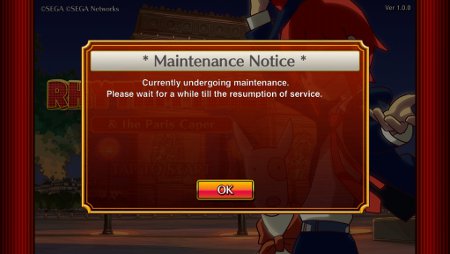 Yesterday, Rhythm Thief & the Paris Caper came out on iOS.

Today, Sega took it down because it's borked.

In truth, some folks here at Pocket Gamer's official dance studio noticed a few problems with the game before Sega's official announcement.

Namely that they couldn't play it because the connection to Sega's servers, which is necessary to do anything in the game, wasn't active.

And now Sega has pulled the game completely because of an "unexpected problem" with the final release build.

Sega is working to get the game back up and online as soon as possible.

In case you were wondering, Sega has confirmed that "anyone who has purchased the game already will be able to play it as soon as it is back."

We'll let you know when the game goes live again on the App Store.