P-p-p-pick up a hammer 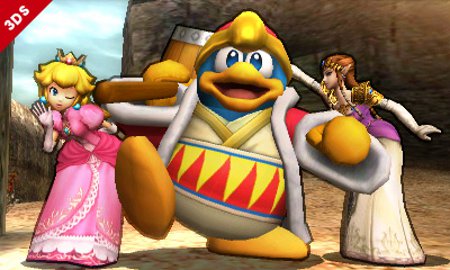 Everyone here at Pocket Gamer Towers let out a great big sigh of relief this morning after we found out that King Dedede has finally been confirmed as a playable character in the upcoming Super Smash Bros for 3DS.

"Thank the Lord," one staffer was heard to exclaim.

"I have no idea who that is. Stop bugging me - I'm busy," another intoned.

HRH Dedede is, of course, a giant penguin with a comically oversized hammer. He's also the chief antagonist in the Kirby games.

Super Smash Bros for 3DS will surface later in 2014. We'll let you know if we hear any more exciting news about the game.