The organisers of the IGF Awards have announced the finalists for this year's awards. And, yep, DEVICE 6 features prominently. To say the least.

Simogo's amazing narrative-driven iPad text adventure has been nominated or given an honourable mention in ALL of the categories.

Normally, I'd say something sarcastic or bitter now. Instead, I think we should all take a moment to applaud a brilliant game that's been rightfully and duly recognised by the prize givers.

Pared-back garish roguelike 868-Hack has been nominated for the Excellence In Design Award and been given an honourable mention in the Seumas McNally Grand Prize category.

Silver Award-winning crime-solving caper Detective Grimoire has been given an honourable mention in the Excellence In Narrative category, too. 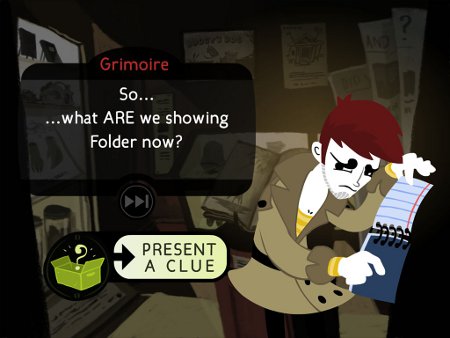 Elsewhere, Don't Starve, which we reported yesterday might be making its way to the PS Vita in the not-too-distant future, is up for the Excellence In Design Award and the Seumas McNally Grand Prize.

So, there you have it. A bunch of great games getting the recognition they deserve for being really great. We'll let you know who wins what when the awards are doled out on March 19th.

You can check out the full list of nominees at the IGF's site.