It's not really a saga 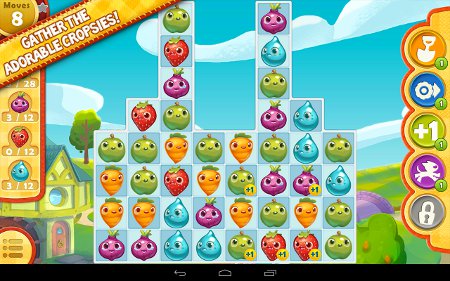 Have you ever wanted to play a game that's a bit like Candy Crush Saga but with crops instead of rocks? Oh, and a raccoon called Rancid?

It's a match-three puzzler that's cut from the same cloth as its candy-crushing predecessor. So, you're matching things in a set amount of moves, buying boosts, purchasing upgrades, and swearing a bit because you know how to finish a level but you just messed it up.

Except this time, there are more cows. And the coloured stuff you're connecting is a series of cutesy lumps of produce called cropsies.