Out at midnight: The Shadow Sun contains hours of role-playing game fun

It's been a few years since Ossian Studios revealed the first screenshots for The Shadow Sun on iPhone, but fans of this RPG will finally be able to play it on iPad and iPhone from midnight.

Ossian is well known for its high-quality RPGs, including the two it created within the Neverwinter Nights franchise.

Ossian isn't trying to manage our expectations here, by the way, with the Canadian studio claiming that The Shadow Sun is a "groundbreaking Western RPG" for iOS. We'll decide that for ourselves, of course.

In truth, Ossian doesn't do anything dramatically different in The Shadow Sun from the makers of most classic RPGs. So, you'll be able to create a character and then head out on a journey that should last between 10-15 hours.

There are over 70 unique and explorable areas within the imperial city of Shar and the exotic deserts that surround it. You can expect to encounter plenty of hostile creatures along the way, all of whom will be jotted down into your codex. 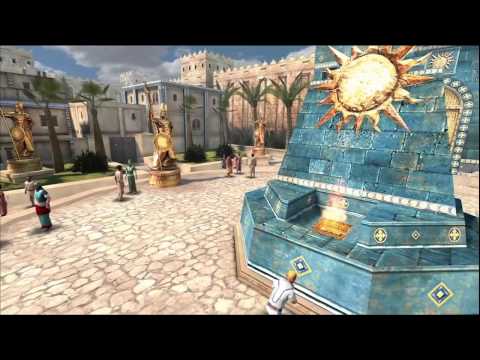 You can complete the quests you are given in The Shadow Sun in multiple ways, each of which depends on your play style and character's abilities.

Furthermore, depending on how you play, your companion (one of four available) will either become a good friend or disapprove of your actions and potentially become a threat.

The Shadow Sun will go live on the UK and the US App Stores from midnight. It'll be available at the special introductory price of £5.49 / $7.99.

Want more? Check out our growing collection of The Shadow Sun news stories!

Out at midnight: Atomic+'s bullet-dodging arcade action will definitely make you dizzy