The Walking Dead: The Game is less than half price for PS Vita in Sony's '12 Deals of Christmas' promotion 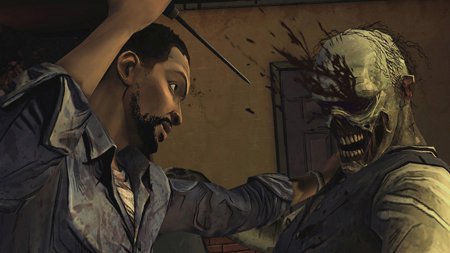 The Walking Dead: The Game is currently better than half price on PS Vita as part of Sony's "12 Days of Christmas" promotion.

Right now, then, you can pick up Telltale's Silver Award-winning heart-wrenching adventure for just £6.99.

For that, you get the entire first season of this brilliant, brutal game. And if you're a smarty pants PS Plus subscriber, you'll get an extra ten percent off, meaning you can grab the bundle for just £6.29. Which is ridiculous.

When we reviewed the iOS version, we said: "Despite being essentially an interactive movie, The Walking Dead: The Game's convincing cast of characters and meaningful decision making lifts it above Telltale's previous efforts."