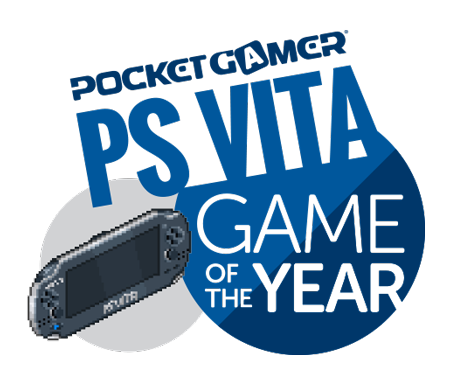 In its second year, the Vita was embraced by an audience no one ever expected it to be embraced by. Yep, the indie crowd.

The work of independent developers makes up a large portion of the titles in the following Game of the Year list, with subjects ranging from dangerous expeditions underground to romps through a stylised Mexico.

But the big Vita players are present and correct, too, with an appearance from a major PlayStation franchise, an enhanced classic, a superb new Vita-exclusive IP, and much more.

So, join me as I highlight all of the brilliant Vita releases of 2013. Well, ten of them, anyway. 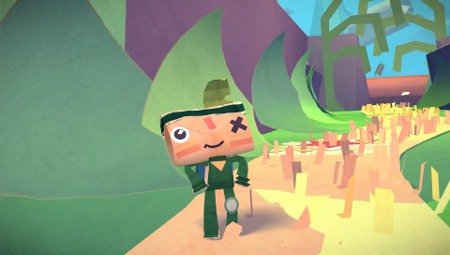 Tearaway is one of the most important games to date on Vita. That's mainly because, once and for all, Media Molecule demonstrates here that the system's myriad inputs - two cameras, two touch panels, tilt sensors, a microphone, and traditional button controls - can be combined to form one cohesive gameplay experience. 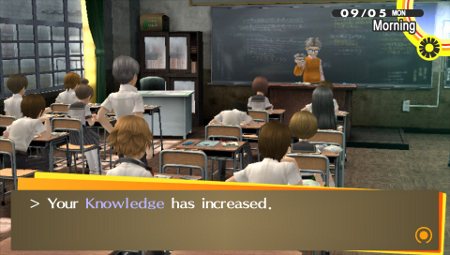 High school students have a lot to worry about in their day-to-day lives: studying hard, getting homework in on time, making friends, battling demons from other realms.

Well, that's according to the maker of Persona 4 Golden, at least.

Here, Atlus weaves an ace story around a superb cast of characters. And even though this Vita edition is an update to a now-5-year-old game, it's still a super-fresh JRPG and an essential part of any role-playing game fan's portable collection. 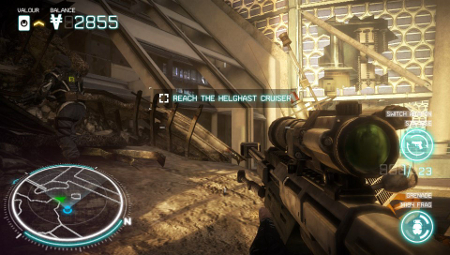 With Killzone: Mercenary, the Vita finally got the great first-person shooter it deserved. You know, the kind of game Sony had been promising for its powerhouse portable from the very beginning.

We had a few issues with some of the intricacies of the controls, as well as a slightly predictable story, but this is more than made up for by the exciting and dynamic gameplay in the solo campaign; the deep and compulsive online multiplayer mode; and some tip-top visuals and audio. 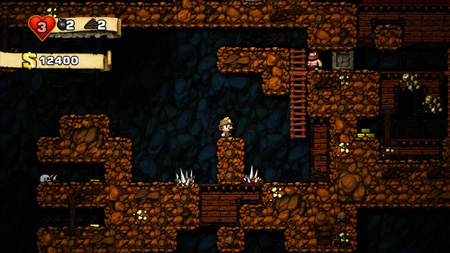 A number of the Pocket Gamer team are rather obsessed with Spelunky, and with very good reason. It's an unquestionably rewarding dungeon-crawler, and a true test of gaming skill.

In exploring ancient burial grounds, you try to avoid the perils of the randomly generated levels on a quest for booty. It runs beautifully and the controls are near perfect, which makes every humiliating death ever more painful.

In addition, Mossmouth added the Daily Challenge mode to the Vita version post-launch, giving you another fantastic reason to reach for your Vita each and every day. 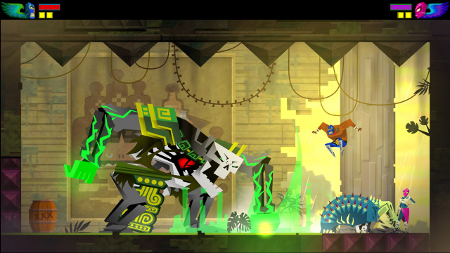 The creator of Guacamelee! is heavily inspired by - and reverential towards - the classic video game series' The Legend of Zelda and Metroid.

In Guacamelee!, you navigate large levels and upgrade your abilities so you can explore further. All the while, you're fighting baddies and switching between two similar but different light and dark worlds.

It's not a wholesale Zelda rip-off, though. Not by a long shot. DrinkBox Studios mixes in its own ideas while covering everything with a pleasing Mexican coating. 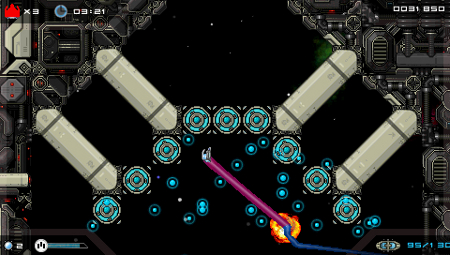 Velocity was a superb game in its own right. Its particular brand of space-based shooting, high-speed action, and teleportation-based puzzle solving won over many a fan here at the good ship PG.

So, when FuturLab added leaderboards, perfected the controls, gave the visuals an HD sprucing, and generally added another layer of polish to everything in the game, we were absolutely smitten.

Perhaps there wasn't quite as much new content in this Ultra edition as we would have wanted, but the changes to the original were smart. This is a must-have game for anyone with a soft spot for the scrolling shooters of old. 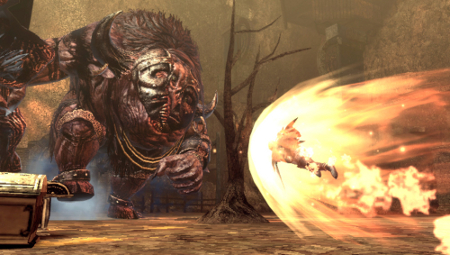 As Mike pointed out in his review of Soul Sacrifice, we sometimes want some "good old-fashioned triple-A action to go" along with great indie games.

With Soul Sacrifice, Marvelous AQL delivers it in spades.

The comparisons with Monster Hunter were inevitable, sure. But the action and creature design are sufficiently different from Capcom's action-RPG to allay any concerns you might have about outright cloning. 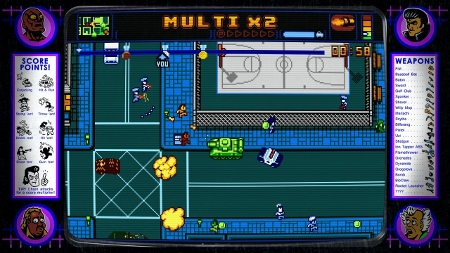 It's difficult to go back to the old school Grand Theft Auto games these days - they just feel so clunky and decrepit.

It took another developer to come along and experiment with that kind of top-down carjacking malarkey in order to make it palatable for a modern handheld audience.

Retro City Rampage is a celebration of video games and pop culture in all its forms, with countless references to everything from Teenage Mutant Ninja Turtles to Duke Nukem.

All of that is just the awesome icing on the cake, though, for you will be causing some intense 8-bit retro mayhem in this game, moment to moment. 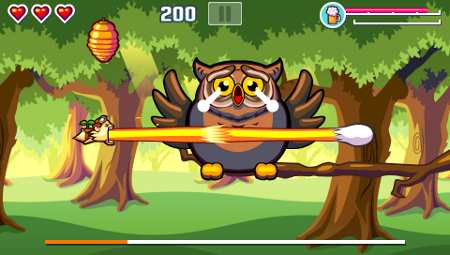 Ultimately, Flying Hamster HD is a modern take on Parodius. Rather obviously, then, I fell in love with it back in February.

It features intense shoot-'em-up gameplay, a fantastic soundtrack, spot-on controls, and character design I love so much that the protagonist's mug is currently the wallpaper on my Vita.

Flying Hamster HD is simultaneously reminiscent of the arcade scene yet full of modern console sensibilities. Games designed in this way just don't come along very often. So, when they do, and they're of a high calibre, it's definitely an occasion to celebrate. 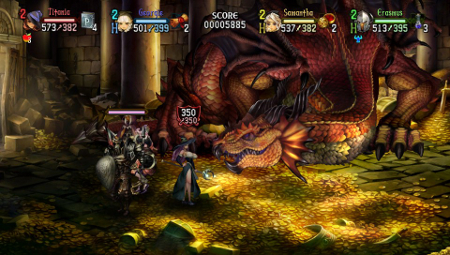 There was something of a renewed interest in the traditional brawler - both new and old - in 2013. And while there were some spectacular failures, there were some major successes, too.

Dragon's Crown is firmly in the latter camp.

Our Matt called Dragon's Crown "a breed apart", and noted that it was "as deep and challenging as you want it to be", pointing to its lengthy campaign and intricate battle systems.

It's one of the year's more distinctive games. And though the exaggerated fleshy bits of its characters may not be to everyone's taste, the background art and animation quality absolutely are.