And some other stuff

You might remember that earlier in the year Sega overhauled the iOS port of its Mega Drive classic Sonic The Hedgehog, polishing the game up for mobile devices and adding some new bits and bobs to the package.

Well, Sega's now got round to 'sprucing up' Sonic The Hedgehog 2, too. And the Sonic maker has even managed to dig a series of forgotten levels out of the code of the 16-bit original to make your life better.

This new zone is quite fittingly called the "Hidden Palace Zone", and is available in the game for the first time. There's a new boss fight at the end of it, too, which is good if you like boss fights and newness. 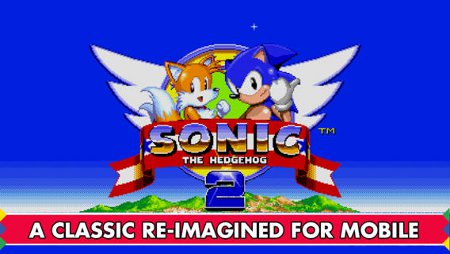 Along with all that, there's a new Boss Attack mode in which you can take on all of the end-of-level bosses in one run.

You can also choose to play as Sonic, Tails, or Knuckles. But if you choose anyone other than Sonic, we can't be friends any more.

The polished and preened version of Sonic The Hedgehog 2 is available as a free update to the iOS version of the game. The game should be going live on the Google Play Store later on today for the first time, priced £2.36 / $3.99.

Plants vs Zombies 2: It's About Time has been updated with new levels, a new enemy, and more