It's a violent business

If you've been an iOS gamer for more than a few months, you'll have played a tower defence title. The App Store is full of them, after all.

Office Hero, from developer Keyloft, is one such tower defence title.

In Office Hero, you have to help a hard-working businessman called Mike protect his office from the attacks of increasingly nasty and competitive companies who want to see him fail.

In order to protect Mike's workplace, you'll have to rally together his most loyal employees (the game's towers). They all have unique skills that will help you to repel the office invaders. 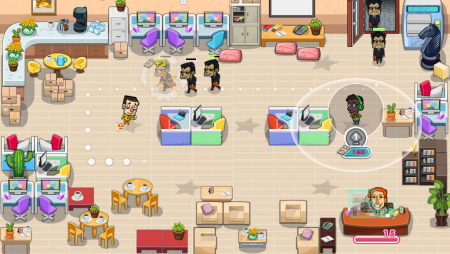 Unlike in most tower defence titles, you can move every single tower in Office Hero freely and without penalty. This adds an extra layer of strategy on top of the gameplay you've come to expect from the genre.

If you need to move a unit, you can just pick it up and drag it to a new position. It's that simple to re-adjust your defences on the fly.

There's also a "Direct Fighting mode" in which you can step into the fray, dirty your hands a little, and directly attack your on-screen foes.

If you're really lucky, you'll stumble across some free equipment during battle that will improve your chances of success, or meet one of the game's mysterious mascot characters (who'll help you out of sticky situations).

There are a total of 50 stages to complete - all of which can be attempted on three different difficulty settings. You can also compete against other players via Apple's very own Game Center network. 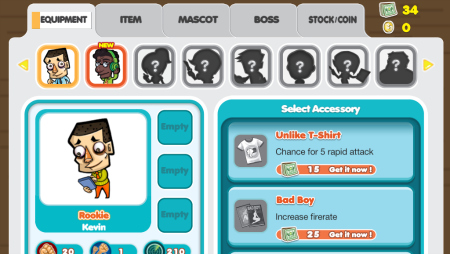 According to Keyloft, Office Hero is the first tower defence title in history to include fully movable towers.

It's hardly surprising, then, that it's these unique movable towers of which Keyloft is most proud.

The developer is also rather fond of the game's RPG elements and "finger weapons", mind. Oh, and of the game's cute characters and their weapons, which are items from everyday working life. 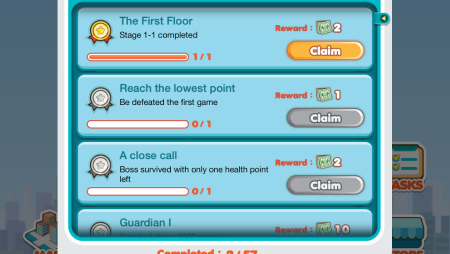 Keyloft plans to keep the Office Hero experience fresh by releasing content updates, which will include - among other things - new levels, characters, and weapons.

The developer is even planning to throw new stories and completely new game modes into the mix.

You can download Office Hero from the App Store for your iPad right now. If you don't have an Apple-branded tablet, fear not: Keyloft will release Office Hero on iPhone, Android, and Windows Phone sometime in the future.

Office Hero is available as a free download, but you can spend some real-world cash on optional in-app purchases if you'd like. 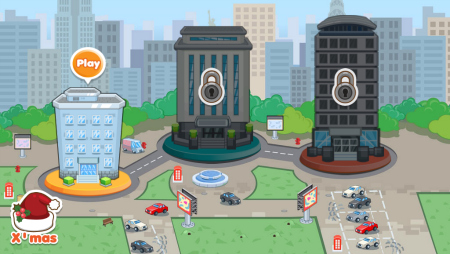