Ports to other platforms possible, too

We all waited for what felt like aeons for the Silver Award-winning Zelda-like RPG Oceanhorn. Now that it's here, though, do you want to see more of its beautiful world?

Well, according to Oceanhorn developer Cornfox & Bros., there will "definitely" be more Oceanhorn heading your way.

Speaking to sister site PocketGamer.biz, Cornfox & Bros. lead programmer Antti Viljamaa said that the team "are definitely going to work with this Oceanhorn world, be it a sequel or extension pack - we haven't decided exactly".

"Quite possibly, the future versions or sequels will give us room to experiment a little bit more or maybe step out of the traditional RPG template. We can't go into details but we have some cool ideas cooking for the sequel." 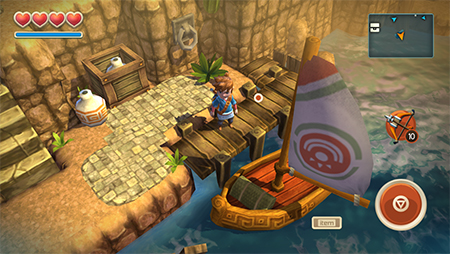 Cornfox & Bros. is also considering porting Oceanhorn to other platforms, but it hasn't decided which yet.

In terms of a full-fledged follow-up to the game, Viljamaa states that "we would love to do a sequel and I'm 99 percent sure we're going to make one".