The MOGA Ace Power has the honour of being the first device in Apple's MFI game controller scheme - a program to officially license joypads and have all manufacturers and game makers working from the same blueprints and code.

In this instance, MOGA decided to work with the "form-fitting" blueprint, which means the Ace Power pulls apart and wraps itself around your iPhone (5, 5C, or 5S) or iPod touch (5th gen), turning the whole shebang into an impromptu handheld console.

It does end up being quite wide. At 24 centimetres, it's even longer than a Sega Game Gear. But it's no wider than the Wii U pad, and it's not uncomfortable or cumbersome to use. The analogue sticks are more like the Circle pad on the Nintendo 3DS: flat discs that shift about beneath your thumb. And like the 3DS pad, the left one works well for moving characters in 3D games Limbo, Oceanhorn, and Trouserheart.

The second analogue stick doesn't feel so good when moving the camera in a first-person shooter, though. I played Dead Trigger 2 and even after applying the update which supposedly "polished support for MFI controllers" it felt ungainly and inelegant.

Aiming felt passable on low sensitivity but you're too slow to avoid attacks. Boost the sensitivity and suddenly your crosshairs fly around the screen like an angry fly.

I played the same game on Android using an Xbox 360 controller, and it's like night and day. On the MOGA, you feel hampered and hamstrung by the controls, while on the Xbox pad you have complete freedom of movement and accurate aiming. 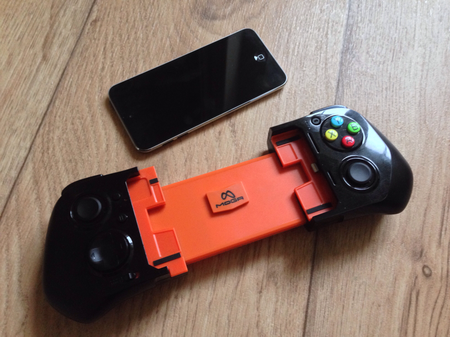 The D-pad isn't even worth mentioning. It's a mushy little nightmare, making the MOGA unappealing for classic games.

The buttons and bumpers and triggers all feel good, but can be unresponsive unless you give them a firm, hard press. This happens in every single game I've tried, leading me to conclude that it simply must be a problem with the MOGA Ace Power, rather than with software that's not set up for pressure-sensitive buttons.

It's not a big enough issue to make the product completely unusable, but physical game pads were supposed to end the tyranny of unreliable touchscreen controls - not perpetuate it. 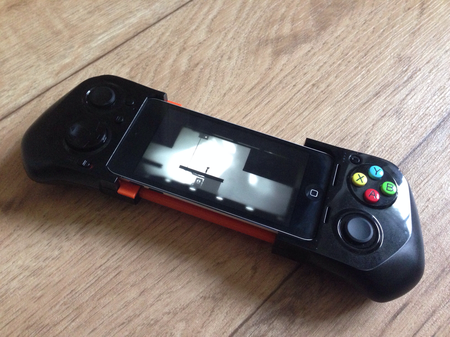 And for a whopping £80 / $100, I'd expect better. The pad generally doesn't feel like a premium product - it rattles when it's closed, the plastic adapters fall out and get lost, and it breaks down so often you'll take to carrying a safety pin in your pocket so you can stab the little calculator-style reset button around the back.

The MOGA controller does have power on its side. It's got a big 1800mAh battery which lasted for more than 16 hours of continuous use in our tests. It takes some time to get it back to full juice, though. From deathbed to 100 percent charge took about four hours.

That beast of a battery can also be used to charge your iOS device as you play. Fully charged, the MOGA can keep your iPhone juiced for about an hour. After that runs out, the Ace Power will still operate as a controller for a good few hours. 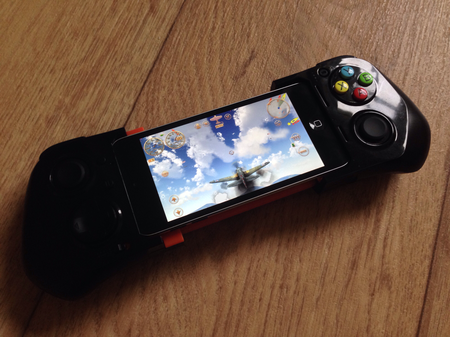 But batteries aside, the MOGA Ace Power is a disappointment. When it works, like when I played most of Limbo with it, the controller feels great in the hand and the physical buttons add a level of tactile response that's been missing on iOS.

But it also has unresponsive buttons, its mushy D-pad and a crappy second stick make it unappealing for retro gems and first-person shooters, and it stops working at random intervals. For the money, it's hard to recommend.

A bold first step into the world of iOS controllers, but with unresponsive buttons, an uncooperative analogue stick, and lacklustre production, it's worth waiting for the second wave
By Mark Brown
| Dec 10, 2013 |
iOS