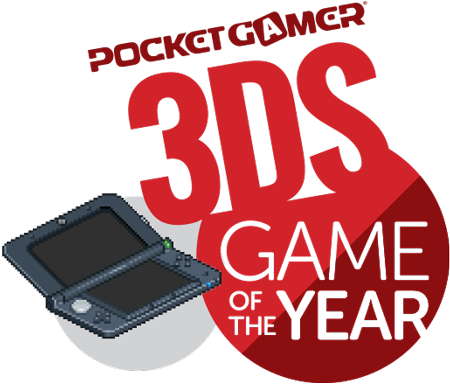 It's that time of year again. The world is winding down, ready to feast on mince pies, battle through snow to get to work, and choose some new games for their fancy new 3DS gizmo.

We can help out with that last bit. If you're picking up a Nintendo 3DS, or you already own one, chances are you're going to want to know all the best games that came out this year.

Time for a top 10 list, methinks. Below, you'll find Pocket Gamer's top 10 Nintendo 3DS games of 2013. Each one of these is an absolute corker, so you should probably invest in all of them eventually.

Don't agree with our choices? That's cool - this is the internet, after all. Feel free to sound off in the comments section below. 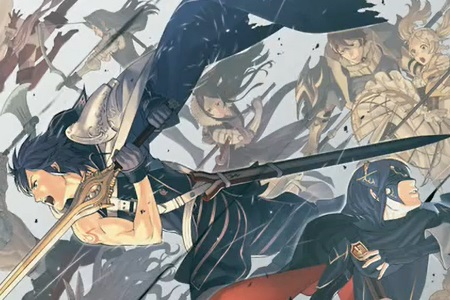 Is it the Nintendo studio's best game to date? It very well may be, with gorgeously in-depth tactical turn-based adventuring that will eat up days, weeks, and months of your life.

Of course, this leaves the question: what will Intelligent Systems have up its sleeve for us in 2014? Here's hoping for a new Advance Wars...

We received a new pair of Pokemon games this year - but it wasn't just a pair of tired Pokemon games, rehashed with the same old 2D visuals that we've come to expect.

Pokemon X and Y was the next true evolution for the Pokemon series, with gorgeous new 3D graphics for the cities, battle backdrops, critters, and all. Happily getting lost in this new Pokemon world was far too easy.

That's without mentioning any of the wonderful online features provided via the bottom screen, either. So, sure, it's "Gotta Catch 'Em All" all over again for the umpteenth time, but X and Y provide a much-needed breath of fresh air to the series. 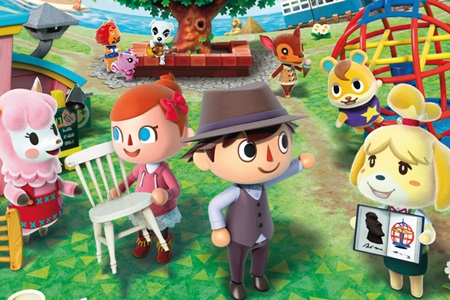 Another first-party title for this list, and rightly so - Nintendo has done incredible work on 3DS this year, especially with its blessed Animal Crossing franchise.

With New Leaf, Nintendo took the original Animal Crossing concept, and really embraced the idea of "play for half an hour each day". As a result, millions of 3DS handhelds were left in standby mode for weeks on end.

Can you blame us? We had a village to look after, citizens to talk to, a town centre to build, an island to explore, and a house to fill with furniture.

Another first-party Nintendo game in the top 10? We'll stop soon, I promise. But there's no way we could miss off this gorgeous Luigi's Mansion sequel.

Once again, it's all about sucking ghosts up with your trusty vacuum cleaner, which on its own is a wonderful concept. The vacuum action feels tight and fluid, and the ghosts are varied and exciting to tackle.

But Luigi's Mansion 2 is also rather scary in places, as you might expect. It's a wonderful Nintendo experience, especially if you're getting a little sick of the same old Mario.

This one took a lot of people by surprise, as it came quite out of the blue to provide one of the best experiences you can have on your Nintendo 3DS to date.

You play as a rusty old robot who inherits a mine shaft from his uncle, and decides to dig deep to discover its secrets. As you dig deep, you'll discover all sorts of weird and wonderful Metroid-esque puzzle chambers to overcome.

Of course, you'll need to keep popping up to the town above to upgrade your tools and grab supplies, just in case the nasties down below are proving a bit tough.

Yes, that's right: we have two games centred on Luigi in our top 10 - not surprising really, given that this is the official Year of Luigi.

The Mario & Luigi RPGs are always great, and Dream Team is no exception. This time around, Luigi keeps falling asleep, and Mario has to jump into his dreams to save people who are trapped in there.

Sounds weird? You don't know the half of it. In the dreams, Luigi can turn into all sorts of strange things and faces that can be pulled and prodded with the touchscreen.

Professor Layton and the Azran Legacy
By Level-5

This is the last adventure for the dear Professor, and what a send off it is, with a wonderfully non-linear story, and puzzles that will wrap your brain around itself.

As per usual, the story is filled with silly mysteries, crazy locations, and weird characters - and we wouldn't have it any other way.

The real question is, what will happen with the franchise now? There's talk of a spin-off series with an entirely different style, and we're looking forward to seeing what it's like.

The original Donkey Kong Country Returns for the Nintendo Wii was good, but it was a bit on the harsh side, with nasty bosses and split-second platforming.

What Monster Games did was take the Wii version, squeeze it down onto the Nintendo 3DS, and add a bunch of additional difficulty settings, such that it's a far more welcoming experience.

What this means is that you're able to focus a lot more on how fun and exciting this new Donkey Kong platformer is, rather than getting frustrated at its ridiculously tricky ins and outs.

The Legend of Zelda: A Link Between Worlds
By Nintendo

If you thought you'd seen the last first-party Nintendo game on this list, you were wrong. There was a new Legend of Zelda out this year, and as you'd expect, it's earnt a place in our top 10.

What makes this one so different from the others (or should that be so similar to one in particular?) is that it links directly with SNES classic A Link to the Past. The world is the same, but the journey is different.

This makes for a strangely nostalgic yet brand-new experience that only Link and co. could provide. The new wall-walking ability also makes this a rather memorable Zelda title.

A late entry into our list, but one that's so very worth it. Bravely Default has been a long time coming, but this Japanese RPG has all the makings of a classic.

The turn-based based combat revolves around using "Brave" and "Default" moves to turn the flow of battle, all while you're building up a city.

And the way it utilises the Nintendo 3DS capabilities is sublime, from the augmented reality ideas thrown in here and there, to the way in which you gain city inhabitants through StreetPass.