The heat is on

Touchscreen controls in mobile shooters are a tricky beast to manage, and so DeNA's latest gun 'em up, Lawless, decided to get rid of them entirely.

Well, not entirely. You still need to tap the screen to shoot, but movement in Lawless is handled on rails.

Think of your favourite arcade light gun shooters like Area 51, and you'll have a good idea of what to expect here.

Like a friend that only frequents grunge clubs on Friday nights, Lawless clings faithfully to a retro-1990s aesthetic in its portrayal of Los Angeles as gritty, crime-infested city under the thumb of rival cartels and crimelords. 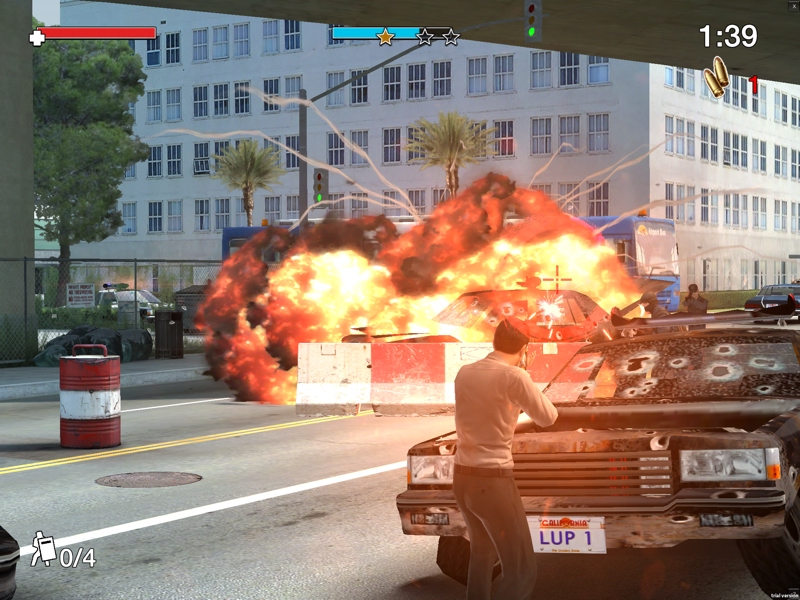 This might remind you of the Pacino / De Niro film Heat - and that's entirely by design since you'll be playing the cop who's been tasked with ducking behind mini-bars and shooting it out with the bad guys.

It's bad news for the cop's friends and loved ones, sure, but good news for you, the player, since the action in Lawless feels pretty epic at times - especially when you have to shoot down a helicopter full of heavily-armed thugs.

At any rate, Lawless is out now and it's free. If it sounds like something you'd like to add to your iOS device of choice, give the little black button below a click.

This week on the 3DS eShop: Bravely Default, 3D Sonic the Hedgehog, and 3D Altered Beast