Portrait of a great port?

If you're a fan of the beloved Dragon Quest franchise, chances are good that Dragon Quest VIII: Journey of the Cursed King holds a special place in your heart.

Which is why you've probably been waiting with bated breath since news of the iOS and Android port first surfaced in October. Well, take a deep breath because we've got some updates for you.

Square Enix has announced that Dragon Quest VIII will be released in Japan on December 12 for iOS (iPhone / iPad) and Android.

That's a lot of gold coins

Unfortunately, Siliconera reports that Square Enix is being all Square Enix-y with this port and it'll command a premium price tag that puts previous Final Fantasy mobile ports to shame.

This actually isn't a terrible deal given the rich amount of content in the charming world of DQ VIII, but it'll be a hard sell to consumers used to free-to-play titles - whether they're 'content' with Square Enix's mobile pricing or not.

There's no news yet on a western release of Dragon Quest VIII just yet, but we'll keep you updated if that changes. 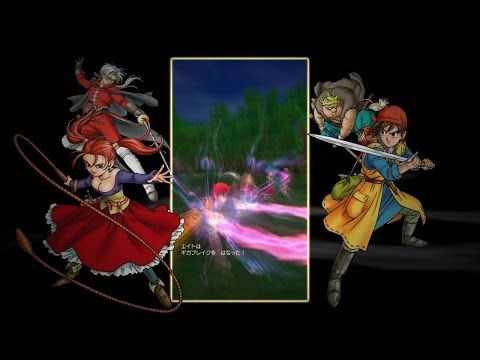