Whenever you read a review of a low-cost smartphone, chances are you don't really take much interest. "Who the hell wants a cheap phone?" you probably think.

So after I reveal that Motorola's latest handset retails for a mere £135, without contract, it's likely that some of you will stop reading.But what if I ignore the price, and instead simply tell you that that Motorola has launched a new quad-core smartphone, with an HD display, strong battery life, a solid build (with changeable covers), and a performance that can beat Samsung's Galaxy S3 or Google's Nexus 4.

Chuck in a 5-megapixel camera with HD video recording, plus the very latest Android operating system, and you may well feel inclined to read on. 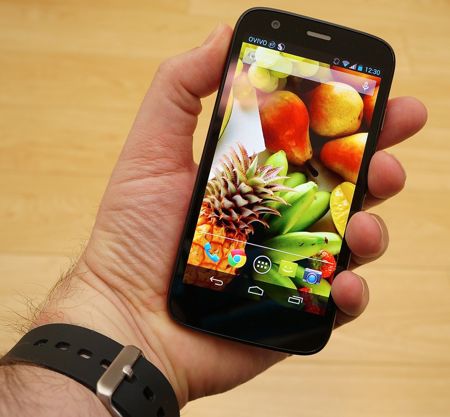 When Google acquired Motorola's mobile division, it spoke of needing to clear out the old and bring in the new. Since the US-only release of the Moto X, which failed to make a splash, the company is clearly beginning to show off what's new. 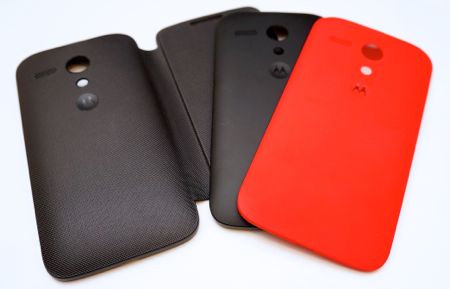 Change the covers or add a flip (active) cover for the ultimate protection It's also showing off what's cheap, yet the phone looks and feels like a more expensive phone, with its 4.5-inch display and a nice smooth feel in the hand. Changeable covers are also a great added touch, and these covers sell for under £10. If used with the flip shell (an active cover that also turns the phone on and off when opened and closed), it can easily stand its own against the bigger rivals.

The phone's 720x1280-pixel display, with bright colours and strong viewing angles, is also up with the best, while the minimalist rear still manages to show people that it's a Motorola phone without going over the top with bright lettering. 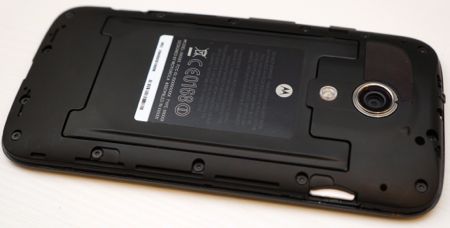 Cheap phone = low performance has pretty much been the rule up to now, but the Moto G breaks that rule with Qualcomm's new Snapdragon 400 CPU and an Adreno 305 GPU. This is no 2012 chip inside a 2013 body. Running various benchmarks quickly produced some amazing results (which set the Moto G ahead of Google's Nexus 4, and just behind the Sony Xperia Z), and this speed was also evident in practice. The Moto G can fire up titles like Asphalt 8 or Dead Trigger 2 and leave you convinced that you've got a flagship phone in your grip. 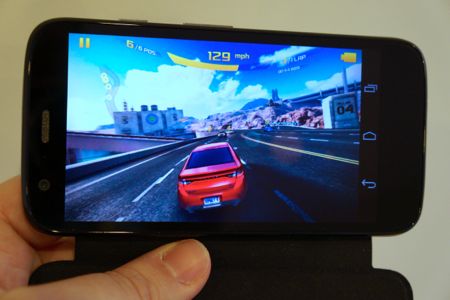 And despite having just 1GB of RAM, the Moto G happily copes with everything you throw in its path, although the level of storage is one thing to be aware of.

The Moto G comes in two guises - 8GB and 16GB. Choose wisely, as there's no memory card slot. And with just over 5.5GB of space free on the 8GB model, installing a few big titles like the above will very quickly consume the lot.

While Google is giving all Moto G customers an impressive 65GB of cloud storage, and you can already stream music, TV, and movies, game data has to go on the phone itself. Even the support for external flash drives via the USB port can't solve that. 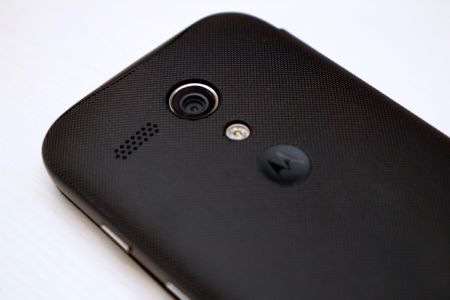 If there's anything you might consider to be a weak point on this phone, it's the camera. At just 5 megapixels, it's well behind the pack of great camera phones launched this year. But even in this area the Moto G can still impress. Despite images being relatively small, you'll still get photos that are more than big enough for Facebook, Instagram, or Twitter, plus 720p HD video. Unless a very high quality camera is central to your smartphone experience, you probably won't be disappointed. The camera interface is also very simple to use. You simply tap anywhere on the screen to take a photo, or hold for burst mode. Swipe left to view your pictures, or right to bring in the camera controls. 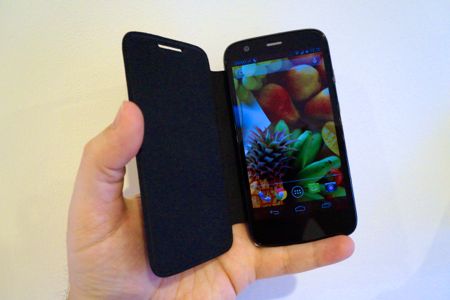 Where to begin? The Moto G might be one of the cheapest smartphones we've ever seen for such a spec, but it doesn't fail to deliver. Yes, you can have other dual and quad-core devices, but many fail due to poor screens, terrible battery life, or a camera that makes every scene look dull. The Moto G offers a performance that's up there with the top of the league, and with no heavy customisation. Motorola has even made a point of demonstrating that starting or answering a call is quicker and easier than on a Galaxy S4 or iPhone 5S. 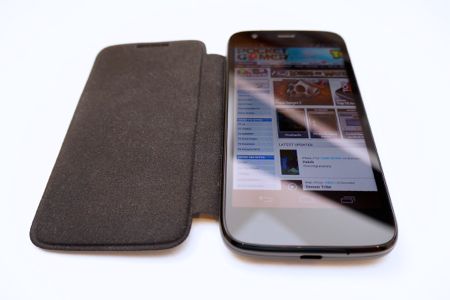 Battery life is also advertised as a full day, but in reality can exceed that easily. The Snapdragon 400 CPU might be more akin to the S4 Pro chipset from last year, but it really does draw less power. That means the phone doesn't get as hot, and the 2070mAh can easily get 4-5 hours of 'screen on' time while lasting until the end of the night. In just over a week of testing, I managed to average 26 hours of standby in real-world conditions.

In order to keep costs down, Motorola has cut some corners. 4G, 5GHz wi-fi, HDMI out, Miracast, and NFC are all absent. But a lot of these things are unlikely to be deal-breakers for casual users and those people who are yet to catch even a faint whisper of 4G signal.

Having no expandable memory is really the only major problem, but the 16GB Moto G is no worse in that regard than a 16GB Nexus 5 or an iPhone 5s. Just remember that there's that 65GB of cloud storage, while you can connect USB devices if you purchase any USB On-the-Go adapter. 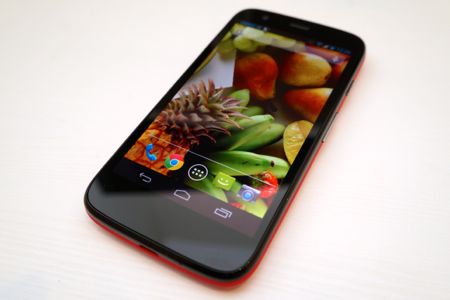 It's probably rare for anyone to get excited about an entry-level phone, but the Moto G is only in this market segment because of its incredible price. The performance could have easily elevated it up the food chain had Motorola wanted to. But it seems that Google has decided that it's time to take a bit more control of the lower end of the market, which is currently being flooded with devices that dilute the Android experience. With the latest version of Android coming in early January, and timely updates promised beyond that, why would anyone wish to buy any other cheap smartphone? Perhaps the best thing about the Moto G is that even people really into tech can pick up this phone and enjoy the experience. This isn't just a phone to buy as a gift for that indifferent relative who "doesn't need a Galaxy S4".

Never before has such an affordable smartphone offered so much. It means just about anyone would be quite happy to own and use this phone
By Jonathan Morris
| Nov 26, 2013 |
Mobile + Smartphone
SEE COMMENTS