The Battlefield 4 Commander app has launched on both iOS and Android, but its arrival has been more of a pain than a joy for developer DICE.

First off, it seems that there's many issues with the Android version of the app.

Lots of players report having launch issues across certain Android devices. The Galaxy Note 10.1 seems to be worst hit. Others are being kicked out of servers with error messages, or can't even find matches.

As such, there's plenty of complaints and one star reviews on Google Play. 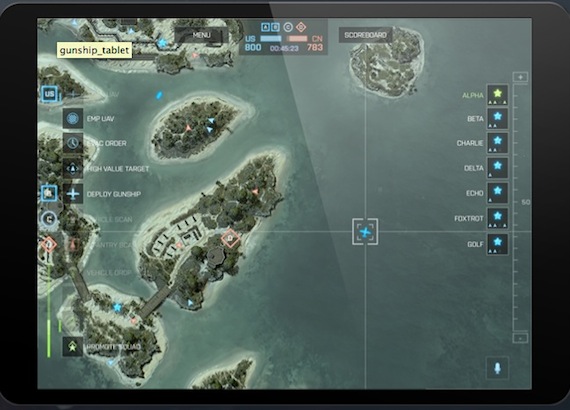 To use the Commander app you must have an active soldier that is at least rank ten in Battlefield 4 on PC, or one of the current or next-gen consoles.

The app allows you to enter an online match from a top-down perspective as a "Commander". You can then talk directly to your squad over the microphone, and call in UAVs, EMPs, and rain missiles on to the enemy.

It's also possible to send vehicles in for your squad to use, as well as drop in supplies for them.

If you meet the pre-requisites to use the Commander app, you can pick it up on the App Store [download] or Google Play [download] for free.