More than any other device in the iPad family, the iPad Air looks and feels like an iPad mini.

An iPad mini with a enormous, decidedly un-mini, anti-mini, 9.7-inch screen that is. But the similarities between two tablets are clear to see.

It has the same thin bezel on the left and right edges (when you hold the Air in portrait) that makes apps pop out of the screen. It has the same pencil-wide thickness and the same featherweight mass that lets you hold it comfortably with one hand.

So if you thought the iPad mini was the ultimate form factor, but found the tiny 7.9-inch screen too small for every day use, the iPad Air will probably be the tablet for you. 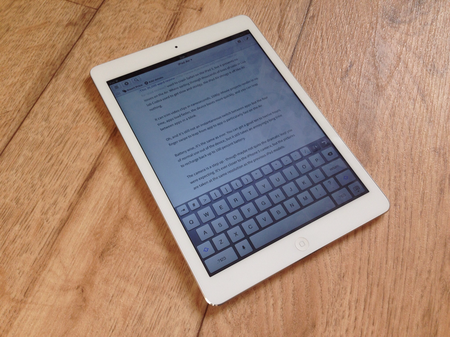 And despite this drastic redesign and dramatic weight loss, the iPad Air still manages to best or equal its predecessors in almost every area.

Take the 64 bit A7 chip, which is significantly more powerful than every iPad before it. We'll have to wait for new titles or updates to see games that truly take advantage of the extra power, but you can already see the improvement around iOS.

This 26,000 word review used to crash Safari on the iPad 3, but it presents no issues on the Air. Where sorting through thousands of lines of code in Lua lab Codea used to get slow and stodgy, the iPad Air shrugs it off like it's nothing.

It can trim video clips in nanoseconds, 1080p iMovie projects render in no time, apps load faster, the device boots more quickly, and you can leap between apps in a blink.

The paltry 1GB RAM does hurt a little, though. Apps and Safari tabs fall out of memory more quickly than we'd like, and the device is known to crash when under strain. 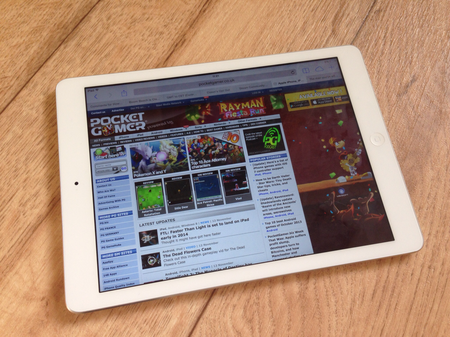 Battery-wise, it's the same as ever. You can get a good 10-12 hours of normal use out of the device, but it still takes an annoyingly long time to recharge back up to 100 percent.

The camera is a step up - though maybe not quite the huge leap you were expecting. It's ever closer to the iPhone 5 camera, but the pictures are taken at the same resolution as the previous iPad models.

The difference in sharpness is hard to find between iPad 3 and Air, but the colours are like night and day. They're bright and bold on the Air, and blacks are thick charcoal compared to the wispy greys of the older iPad.

The Super Mario Kart box, photographed with the iPad Air

The same box, now with the third generation iPad

Once more, but with the iPhone 5

No one's going to use this as a primary camera, of course. But for the odd tablet snapshot you take, know the iPad Air shoots in terrific quality, and works better in low light. Same goes for the 1080p video camera. The iPad obviously doesn't have a flash, though.

But while the iPad Air seems like a step up in every area, there is one sacrifice: the screen.

It's still a giant 9.7 inch display. It's still Retina display resolution. And while it has a slightly warmer tone than the iPad 3, colours pop, photos look like glossy prints, and text is impossibly sharp. 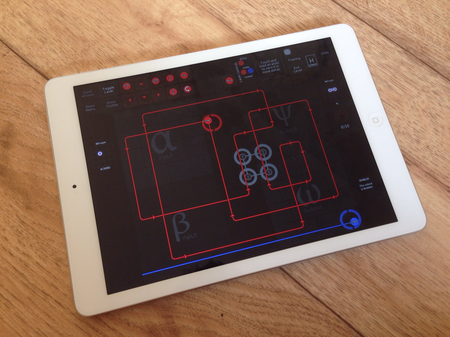 But the actual feel of the screen beneath your fingers has subtly changed. It's no longer like tapping on bulletproof glass, and it now has a slightly spongy, plasticky feel. Plus, the screen feels different at the centre from how it feels at the edges.

It's a minor gripe, and you might not have noticed it until we pointed it out (sorry). But it's really the only area that the iPad Air falls down in comparison to its predecessors, and it's the one way that it belies a product that is, in every other aspect, at the top of its game.

20 top tips and essential tricks for your new iPad