Civil War II: 1862 has fixed bayonets and charged onto iPad and iPhone

Civil War II: 1862 is an expanded and updated prequel to the slightly underwhelming Civil War: 1863.

We gave the original a 6 at review, saying that "Civil War: 1863 is an entertaining turn-based strategy game once it gets going, but its best ideas are too rarely employed and its presentation too dry for the game to appeal to a wider audience."

It looks like developer Hunted Cow has listened though, with the prequel looking like a much more interesting proposition. 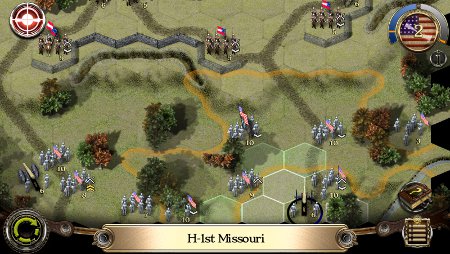 The visuals have been polished and preened, and there are new manouevers to unleash on the enemy including flanking, and more detailed combat analysis.

There are 14 historical battles to fight through, 13 of which can be played from either side, and eight unique Civil War units.

The game is available from the App Store right now, and it'll cost you 69p / 99c to see if it's any better than the original.

Kickstart this: Explore space as a sky pirate in 3D platform adventure Pirates of New Horizons