Broken Sword II - The Smoking Mirror is a classic point-and click game. Want proof? We gave the Remastered edition a Silver Award back in 2010. Told you.

Anyway, Revolution Software has just decided to slash the price of this excellent remake down to 69p / 99c on iOS.

As for the Android version, well, no such luck. It remains firmly stuck at £2.99, I'm afraid.

Broken Sword II - The Smoking Mirror: Remastered is fairly standard point-and-click fare, so it features all the genre staples (talking to a range of kooky characters, and combining stuff with other stuff in order to solve stuff). 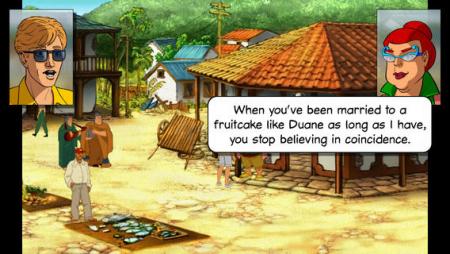 If you're a fan of point-and-click adventures, this is about as good as it gets on iPad and iPhone. Dive in while it's still on sale.