I'm not sure what we were expecting when Sony said it would launch a free iOS and Android game to promote upcoming family-friendly PS4 platformer Knack.

But if you guessed "unambitious match-three puzzler", you can give yourself a great big pat on the back.

In free app Knack's Quest, which just hit the App Store, you match together three or more gems and doodads to help modular hero Knack grow from pint-size bot to gargantuan monster.

There's a bit more to it than that, mind. Match enough crystals and the game momentarily switches into a game about tracing over nearby gems. In later levels, there are new mechanics like ice and fire.

Most importantly, you can use the Knack's Quest app to unlock items in the main PlayStation 4 game. Things like a relic to boost Knack's super-moves, a time dilator to slow time during combat, and a harvester for collecting sun stones from downed foes. 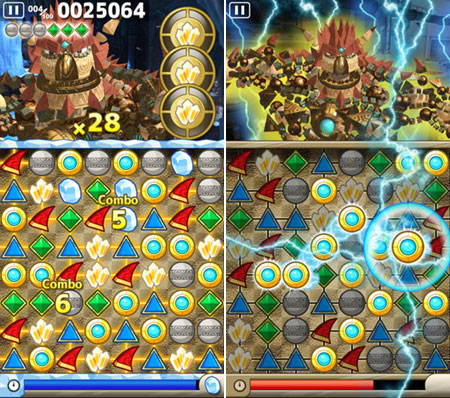 This won't be the last mobile companion app from Sony.