As promised back in June, Capcom has integrated a second-screen experience into its upcoming ambitious next-gen game Dead Rising 3.

While you are playing the imminent home console game and are logged into the Xbox SmartGlass app, your iPhone or Android blower will be transformed into an in-game phone. 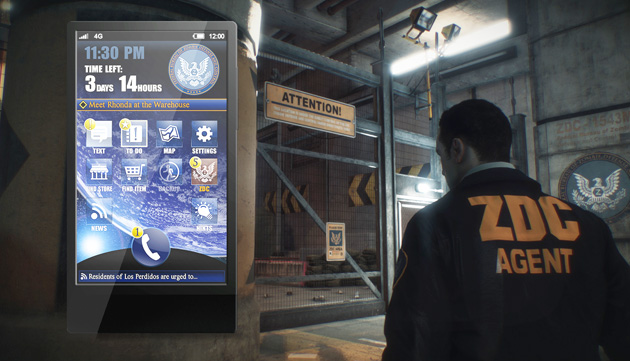 "We wanted the player using our app to look at their own smart device and feel that they had just plucked it off a rotting corpse in Dead Rising 3," Brent Arnst, senior designer of Dead Rising 3, stated on Gamasutra.

"But of course it wouldn't be a phone unless players could have the experience of having the phone, or tablet, call them up! That meant we needed a living, breathing character that could phone or text the player at any time to offer advice, new missions, or tempting prizes."

Dead Rising 3 will be available on Xbox One on November 22nd. Start counting down the hours...