The studio made the announcement by posting the picture embedded below on its Facebook Wall.

In the image, Clementine's blood-stained baseball cap is shown discarded in a field. And a pair of zombies are shown, naturally.

The Walking Dead came third in our list of the top 50 iPhone and iPad games of the last five years.

We said: "You have to live with the consequences of your split-second decisions. Sometimes these are practical, but more often they're emotional, and you navigate Telltale's rusty little world under a pall of anxiety, guilt, and heart-rending sorrow." 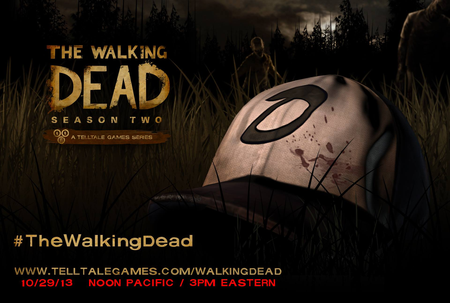 It will be interesting to see how Telltale manages to fill the void left by season one's lead designer, director, and writer Sean Vanaman, who quit Telltale in September to form new indie studio Campo Santo.

But if it's any comfort, we did enjoy series stopgap The Walking Dead: 400 Days, which had minimal involvement from Vanaman.

The following sounds spilled from our word hole: "A series of five taut, well-written character-driven vignettes, 400 Days provide a perfect reason to reenter the world of The Walking Dead."

Go on a terrorist manhunt in Call of Duty: Strike Team for Android