Every Thursday, Pocket Gamer takes a look at all the most noteworthy iPhone and iPad games from the past seven or so days. And remember - this isn't just a list of games, these are all hands-on impressions.

We'll also show you what these games look like in motion, in a video with gameplay footage of all these new apps. Watch it below. Or read about them, below-er.

Dead Trigger 2
By MadFinger - download on iPhone and iPad (Free) 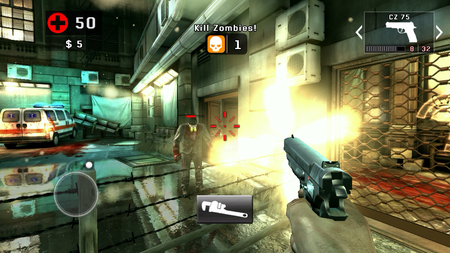 MadFinger's gorgeously gory zombie shooter has returned. We're still re-murdering armfuls of the undead but there are now special missions - like escorts and sniper stages - and special monsters - like the acid-puking Vomitron - to keep things fresh.

Shooting zombies feels as fun as ever thanks to responsive controls and satisfying weapons. And while the free-to-play stuff makes unlocking new toys a very slow progress, at least Dead Trigger 2 avoided an awful energy system. 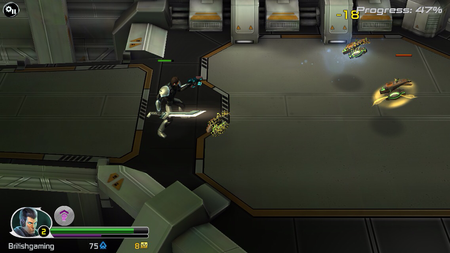 Strategy veteran and Hero Academy dev Robot Entertainment has taken some time off from stats and spells to make Echo Prime: a satisfying tap- and swipe-driven space brawler.

The simple controls work rather well on touch, and - like a super light action RPG - there's a huge arsenal of weapons and special attacks to unlock. Some utterly bland visual design aside, Echo Prime is a perfectly playable timewaster. 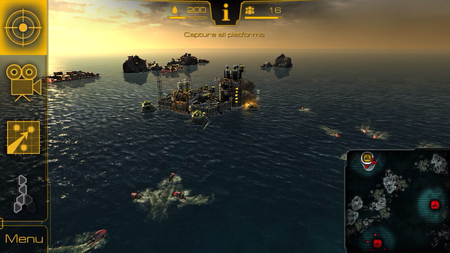 Part tower defence, part RTS, washed-out war game Oil Rush has you scrambling for the precious last drops of oil. Like Mushroom Wars and co, the idea is to dominate your opponents by overwhelming them with ships.

But there's more to it than that. You also have to claim oil rigs for resources, and outfit your platforms with weapons to fend off would-be invaders. All told, it's a sharp, simple, and easy-to-pick-up strategy game, with fab 3D graphics.

Combat Monsters
By Rubicon - download on iPhone and iPad (Free) 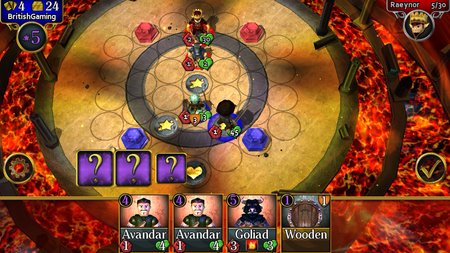 The new entry from Great Big War Game dev Rubicon is a free-to-play fantasy slugfest, where a pair of players try to murder each other's hero, while surrounding themselves with monster bodyguards.

It's got deck building (cards, not patios), a claustrophobic battlefield for close-quarter scraps, and a fun turn-based battle system that's easy to get to grips with. It comes with a full campaign, but also multiplayer - and it even works cross platform with those filthy Android peasants. 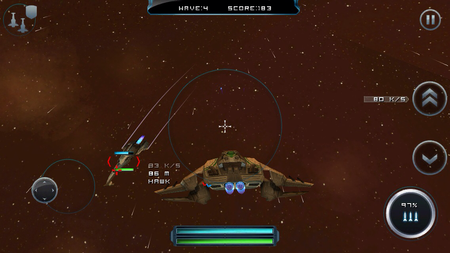 As far as I've played, Strike Wing feels like playing Star Fox if Fox McCloud ran out of gas in the middle of a mission. In this space shooter you spend most of your time stuck in one position, as you loll about and ineffectively swat at enemy ships with your lasers.

It sure looks pretty, with stunning cosmic vistas of planets and asteroid fields and alien stars as your backdrops. But the actual gameplay is just not much fun. 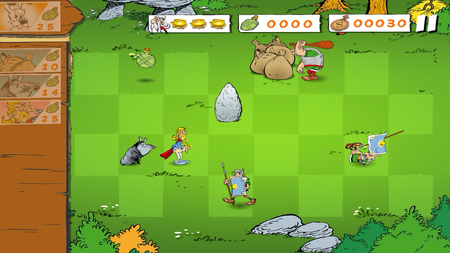 It doesn't take a detective to figure out where this comic book tie-in got its inspiration. This is Plants vs. Zombies through and through, except with bottles of potion instead of sun, Gaul instead of pea shooters, and Romans instead of the undead.

There are some changes, of course. Certain "plants" can only be deployed once, but can also be moved at a cost, for example. Minor tweaks aside this is PopCap's game but not nearly as well made or as fun. Give it a miss.

Fright Heights
By Chillingo - download on iPhone and iPad (Free) 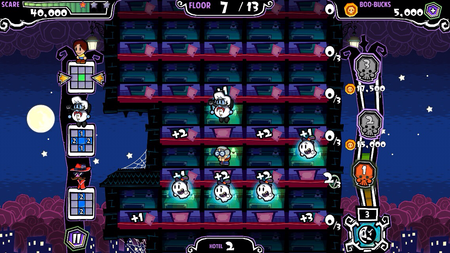 Chillingo-published puzzler Fright Heights has you scaring off hotel guests by filling the adjacent rooms with ghosts, slime monsters, and other Halloween favourites. The plan is to clear every story in your bed and breakfast.

It's a simple set-up, but there are lots of ways for canny players to chase high scores by looking at your queue of ghouls, planning several moves ahead, and chaining together hefty combos. Puzzle fiends should definitely try it. 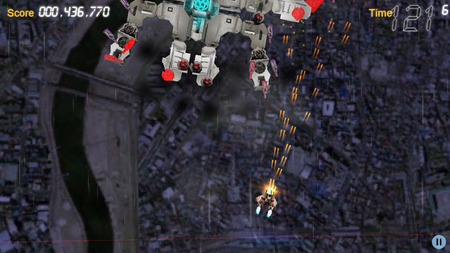 Twin stick bullet hell romp Infinity Danger is only interested in the boss fights. It provides an endless supply of end-of-level bad guys, but with none of the level in between.

Which makes it a bit dull. The bosses are supposed to, according to the iTunes description, "evolve to exploit your weak points", but I haven't experienced that. Just a thankless procession of deeply uninteresting showdowns. 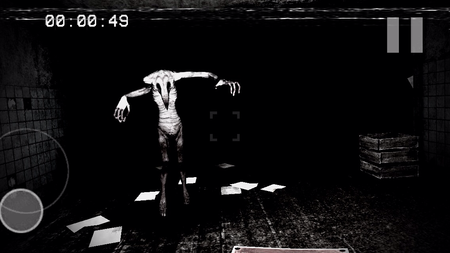 Imagine SlenderMan if instead of a skinny albino in a pinstripe suit we got an ugly zombie with an owl face and no neck. And instead of darting about a forest we wander some bland halls, picking up books and lobbing crates.

The Occupant is not a very interesting game, especially when your primary objective is "pick up three things". But it did make me jump, so I've got to give it credit for that. For diehard horror fans only, I think.

Also out this week… 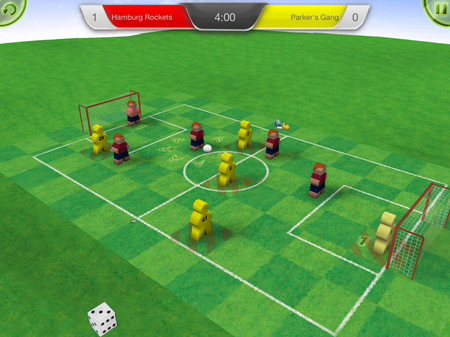 The meeple midfielders in board game translation StreetSoccer are not as wooden as your average football player, but this intriguing sport port looks to capture the tactics of kicking a ball around a field. 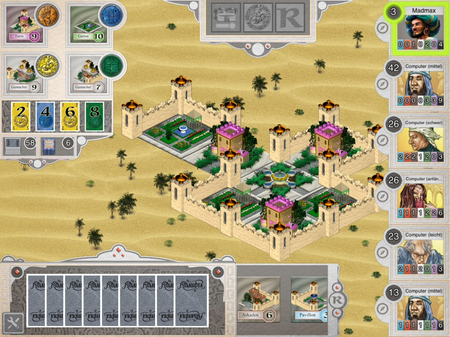 Another board game port - this time, it's the Spiel des Jahres winner, and Arabian palace building sim, Alhambra. It looks jolly nice, but early reports suggest it suffers from some serious technical issues. 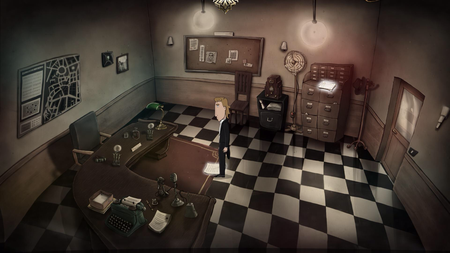 An intriguing murder mystery point-and-click adventure, set in 1930s America. It looks like you have to fall asleep and find clues in your dreams which is how most major crimes are solved I think. I'll be digging into this for review, soon. 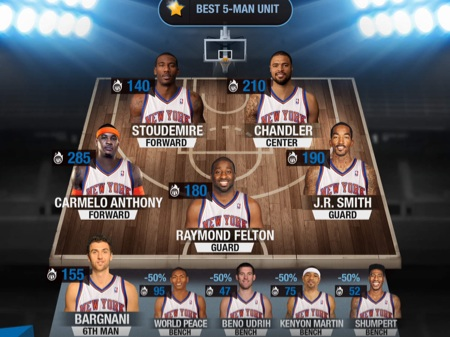 Head up a team of very very tall people. You can recruit real-world players and dunk off against real-world teams. It's all very real.