It costs the same as the iOS version, which is nothing [download], but you'll need a device running at least Android 4.0 to be able to play it.

The first game in the series was a bit of a brain-dead turkey shoot, but it certainly looked sprightly enough. Utilising the Unity 3D engine (as is the Czech developer's wont), Dead Trigger was the perfect game for showing off modern smartphone hardware.

Indeed, with more than 11 million downloads, it seems as if many gamers did just that.

We went hands-on with the sequel a couple of days ago, and found it to be a much more varied and intelligent beast. Escort missions and cargo pick-up tasks have been added to the usual 'shoot all the undead until they stop twitching' stages. 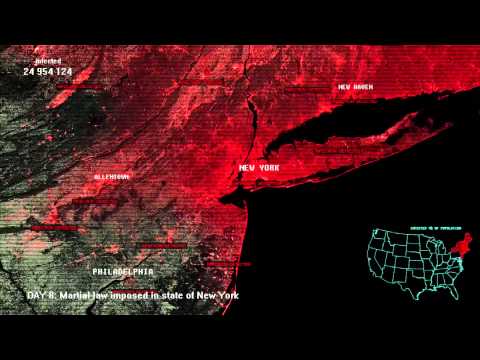 Even these all-out action tasks have been given a spot of variation, with a smattering of static-position set pieces stirred into the mix.

Add the usual sequel practice of offering more - more zombies, more locations, more weapons - and you have a slick blaster that could be worth a look.

Much of the success of Dead Trigger 2 (at least in our eyes) will come down to how well MadFinger has incorporated its freemium system. The game will be completely free to download when it hits Android and iOS tonight, but you'll have to contend with a drip-feed of new weapons unless you pay up.

We're hopeful that there'll be plenty of fun to be had with game regardless, but you'll have to wait for our review to find out for sure. Or, y'know, just download it for free and see for yourself.

MadFinger has indicated that it will launch Dead Trigger 2 on the iOS App Store and the Google Play Store worldwide this evening.