Hands-on with Dead Trigger 2 - It's free to slay

This sequel's got braaaaaains

We deemed the original Dead Trigger braindead and a little boring.

MadFinger's showy first-person shooter was certainly a handsome game, but too many identikit missions and zombies made it feel like a tedious post-apocalyptic shooting range.

But the Czech-based developer has taken those criticisms to heart, and the sensibly-named sequel Dead Trigger 2 offers more variety in almost every category. 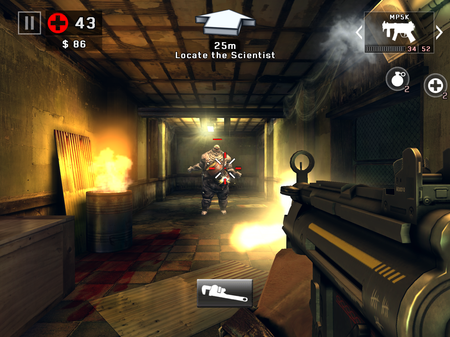 There are also special zombies, like the acid-puking Vomitron, who can attack from a distance; the irradiated Scienfist; and a walking explosive barrel called Kamikaze. Enormous boss monsters are teased, as well.

And there are more locations. The city streets of the USA, which could be levels from the first game for all I remember, quickly give way to new parched, sun-baked desert towns across Africa.

But the basic second-to-second gunplay hasn't changed that much. Zombies still shuffle towards you, and you unload bullets into their reanimated mugs while barking stupid action hero one-liners.

Unlockable tactical items, like the sentry gun, mines, and explosive chickens, provide some strategy when you need to defend an area. But you can finish most levels - even on Hard mode - with guns and grenades. 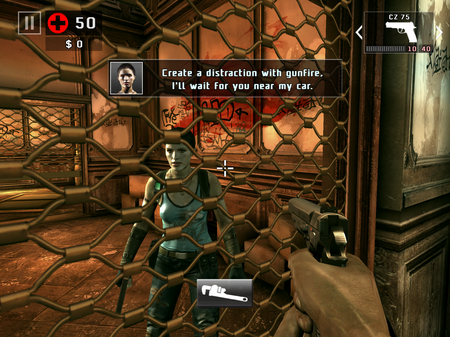 It's even more basic in this one - by default, your smart-mouth jock hero automatically fires when he aims at a walker, though you can turn on manual fire or hook up an iOS controller from the menu.

For all its variety, Dead Trigger 2 can still get repetitive, and it's hard to stomach the game's relentless, brainless violence for more than a few missions at a time. Which is handy, given the fact that this free-to-play follow-up makes you wait for all the cool new toys.

To its eternal credit, the game has no energy systems, no need to repair broken guns, and no ammo to buy. You can play it for as long as you like without paying a penny, putting it ahead of other F2P shooters like The Drowning. 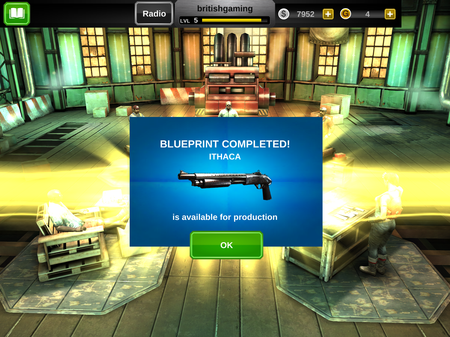 But progress - especially through the arsenal of guns and explosives - will be slow. Take, for example, the arduous process of unlocking a new gun.

You need to collect all the torn-up blueprint scraps, which drop randomly from dead special infected. Then you need to have upgraded tech and the gunsmith to appropriate levels (which costs money and time).

Finally, you need to pay up for your new gun, and wait another hour or so for it to be built. This is why I still only have two guns after hours of play.

You build and buy new weapons from the hideout, which also lets you craft painkillers (at the medic), explosives (at the engineer), and hour- and day-long boosts to your money, health, and damage (via the smuggler). 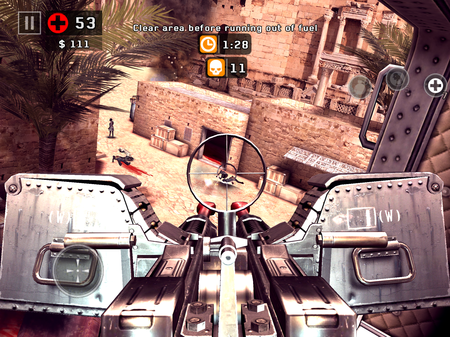 This sequel simply has much more going on than its creatively bankrupt predecessor. It's still impossibly good-looking for a mobile game, but it now has more brains to back up its graphical brawn. It also has a sensible free-to-play set-up, and the promise of exciting extra stuff in the future.

Dead Trigger 2 will be available, for free, on iPhone, iPad, and Android on Thursday, October 23rd.

Want more? Check out our 21 other Dead Trigger 2 articles!