On sale for a limited time

Ever heard of a little game called Terraria? You dig through dirt, build houses, and fight monsters, or something. I don't think it's really going to catch on.

But Team17 disagrees, and has decided to add a bunch of pixellated items from Terraria to the Silver Award-winning Worms 3. 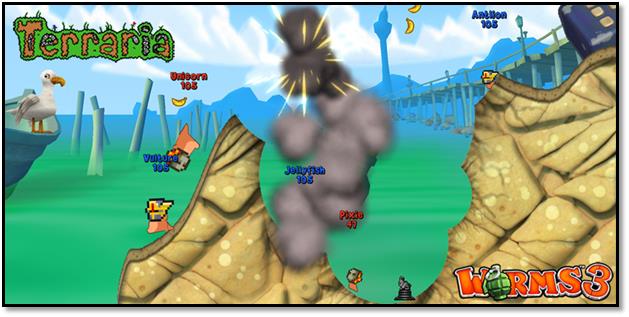 Perhaps Terraria isn't your thing. Well, for the rest of you there's 11 Halloween-themed items that may catch your fancy. Witch's hats, skull faces, and bolts through the head. That should make the wormy opposition squirm.

Worms 3, along with other games in the series, on sale in celebration of franchise's 19th birthday