Opposite end of the spectrum

It's 2013. Yet, somehow, referencing a coming-of-age movie from 1986 in your game's title is still acceptable. By me.

As you may expect from a game called Ferris Mueller's Day Off, this is an upbeat, colourful and, apparently, off-the-wall bizarre adventure game.

What you may not have been expecting, however, is to discover that this is the next title from Glitch Games, the developer of the Bronze Award-winning Forever Lost.

As anyone who has played a title in the Forever Lost series will know, those games are uneasy and dark puzzle games. Ferris Mueller's Day Off is quite the opposite. 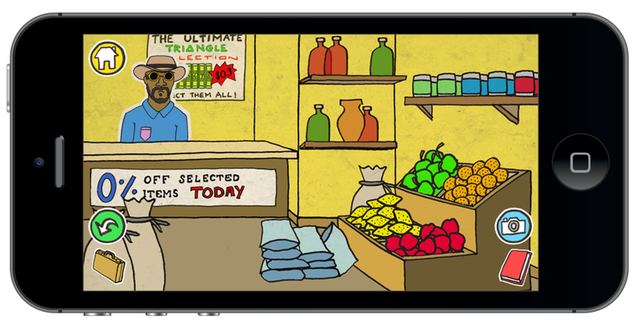 Glitch Games assures us that although the style of Ferris Mueller's Day Off is very different from its predecessor, the amount of variety and creativity in the puzzles will be almost identical.

The standout feature of Forever Lost IS the puzzle design, so that's reason enough to get excited about Ferris Mueller's Day Off.

Ferris Mueller's Day Off should be available on iOS and Android in November.

Want more? Check out our growing collection of Ferris Mueller's Day Off articles!