Not many knights left to wait

Good news: Xseed has just confirmed the EU release date for Valhalla Knights 3 over on the EU PlayStation Blog.

Great news: we don't have that long to wait for it.

Xseed's tough-as-nails JRPG will be available on PS Vita in Europe on October 23rd. Yep, that's only eight days after our North American compatriots, who'll be able to get their hands on the game from today.

If you're not familiar with Valhalla Knights 3, it's set in a prison. You and your party of adventurers have to search for a lost treasure.

Battles take place in real time, and you can swap between your heavily customisable party members on the fly. Which all sounds pretty exciting. 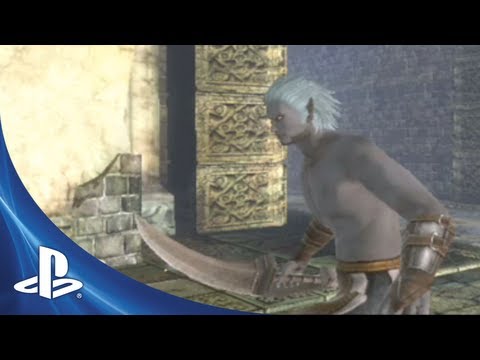 As well as the single-player campaign, there's a hefty multiplayer mode. Here, you can take on other teams of up to seven scrappers to see who's best at the game.

These battles take place over PSN. And European gamers can face off against their North American counterparts, if they fancy it.

Bundled with the game is a wodge of free DLC from the Japanese version, including costumes, extra quests, and different customisation options for your characters.

So, if you're a fan of prison-based challenging JRPG action, you should mark October 23rd in your journal. Now.