Fans of horror games who are looking for a Halloween treat this year should take a trip to Indigo Lake.

The game comes from 3 Cubes Research. You may remember the studio's previous title, The Woods, which bears some similarities to Indigo Lake. The new game is larger in size and packs more scares than before.

Indigo Lake has you arriving by boat on to an island that has seen a high rate of suicides recently. Your colleague, Dr. Everett, hasn't reported in since departing for the island, so you head in to find out what happened to him. 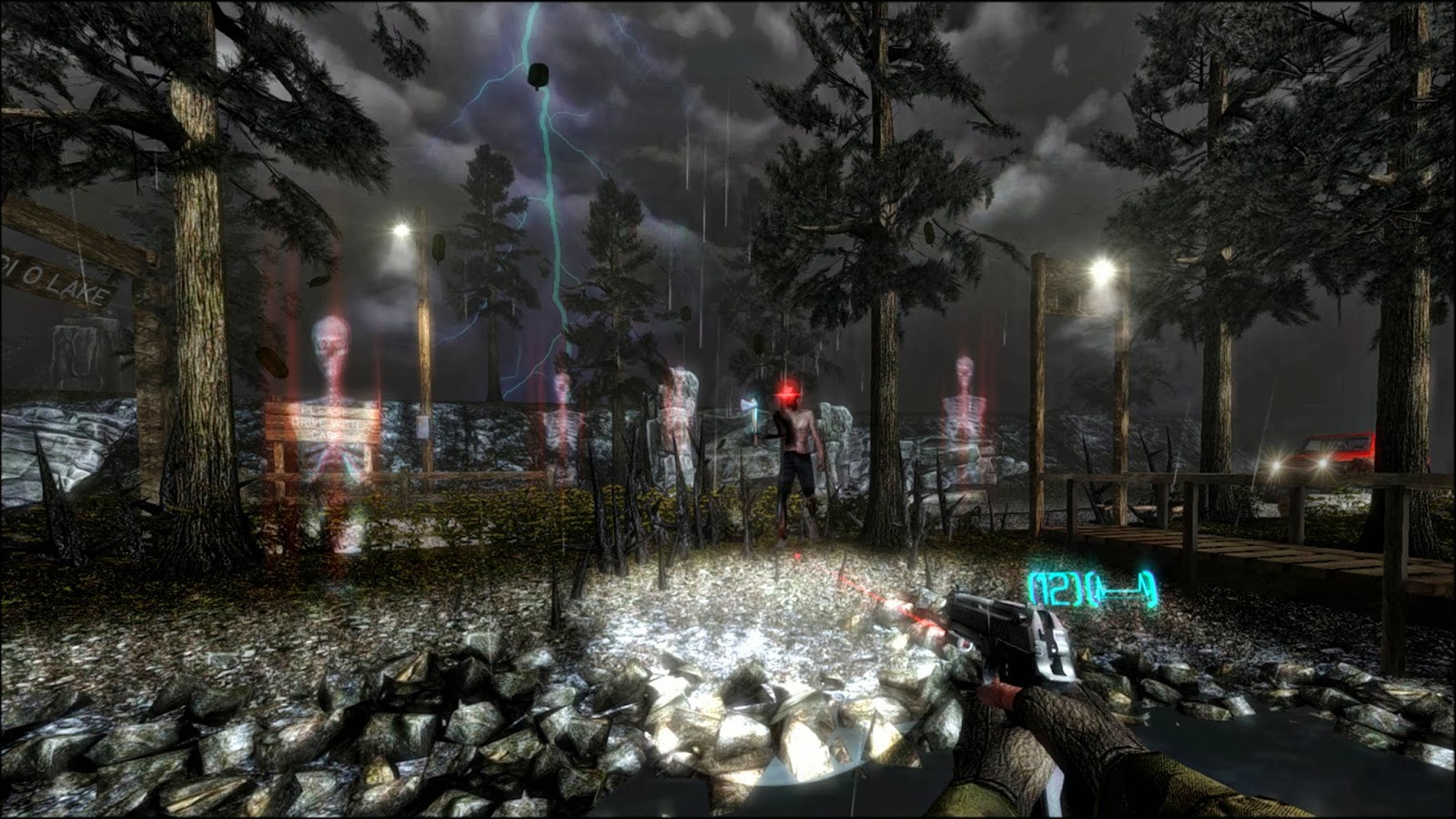 You arrive armed with a handgun and equipped with a Google Glass-style headset which gives you an informative HUD at all times. For instance, when arriving at one of the island's many abandoned wooden huts, the smartglass will tell you how the occupants died.

There's two more things you'll have at your discretion from the very start. One is your 4x4 jeep, which will make travel around the island a breeze.

The other is an understanding of the tribal markings that Dr. Everett left for you. Make sure to memorize them, as doing so is key to avoiding as many conflicts with the ghosts that haunt the island as you can.

Having briefly played the opening to Indigo Lake, I can say that the sound design is the stand out feature of the game. Low throaty rumbles and tortured screaming inhabit the huts you explore, causing you to become suitably uneasy.

The controls work, at least. Which is more than what can be said for some touchscreen-controlled FPS's. You might end up shooting your car a few times like I did, though.

If you're a fan of exploring stormy islands (who isn't?), and jump scares, Indigo Lake should be right up your alley. Look out for it on the App Store on October 17th.