"You're just running around like a chicken with its head cut off" is a phrase most of us would hate to have applied to our gameplay, but in the new endless runner Headless it's really the only way to play.

That's because you'll literally be running around as a chicken with its head cut off.

This generates a good amount of blood and gore as you might expect, but its comedic presentation makes Headless slightly easier to bear.

Like so much Tim Burton's Sweeney Todd, the blood in Headless is so gratuitous that you'll almost stop noticing it after awhile - which is a mixed blessing. 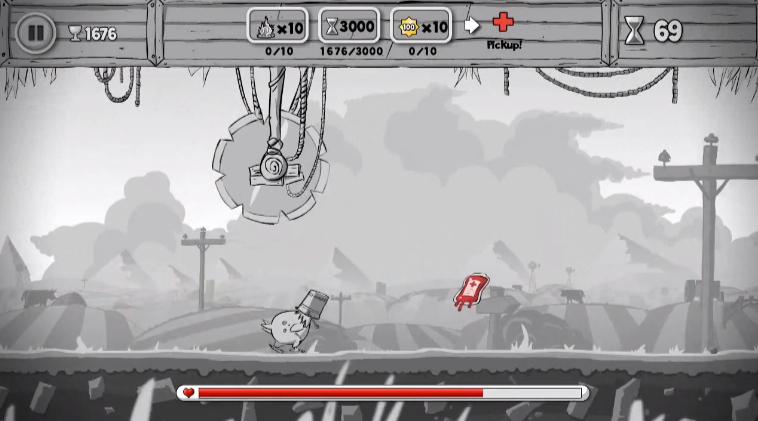 On one hand, it's good for those with queasy constitutions, but it's bad if you want a high score - blood's rather vital to keeping your headless chicken running, so you'll need to collect hovering droplets and bloodbags as they present themselves.

You'll also need to avoid saws and hovering meat hooks which - assumedly - make your dead chicken even deader. Thankfully, there appear to be plenty of power-ups to help you out in this area.

Better yet, Double Smith notes that both the iOS and Android version of Headless are free of in-app purchases.

Despite this largesse, we anticipate a visceral reaction from PETA to this one (similar to its campaigns against Cooking Mama and Ridiculous Fishing), but that shouldn't stop you from checking out Headless if you're in the mood for an off-colour endless runner

Blast your foes with cannons and level up your heroes in Dragon Realms, out now for iOS and Android