The Blockheads hits Android as 1.4 update adds trains, electricity, PvP and much more

Just when you thought side-scrolling, Minecraft-like, Gold Award-winning The Blockheads couldn't get any better, a huge update arrives.

The game already had exploration, digging, building, and crafting, but the Trains and Technology update expands on what you'll be able to create, how you'll get around the world, as well tweaking the multiplayer experience.

Before we get onto the details of the update, Android players will be delighted to hear that The Blockheads has just been released on to Google Play [download]. Go grab it for free.

Now then, the biggest addition is the trains. You can build a railway track and ride a train along it, even get some air if you build a ramp. Steam-powered locomotives can also pull along train cars behind it with passengers inside. 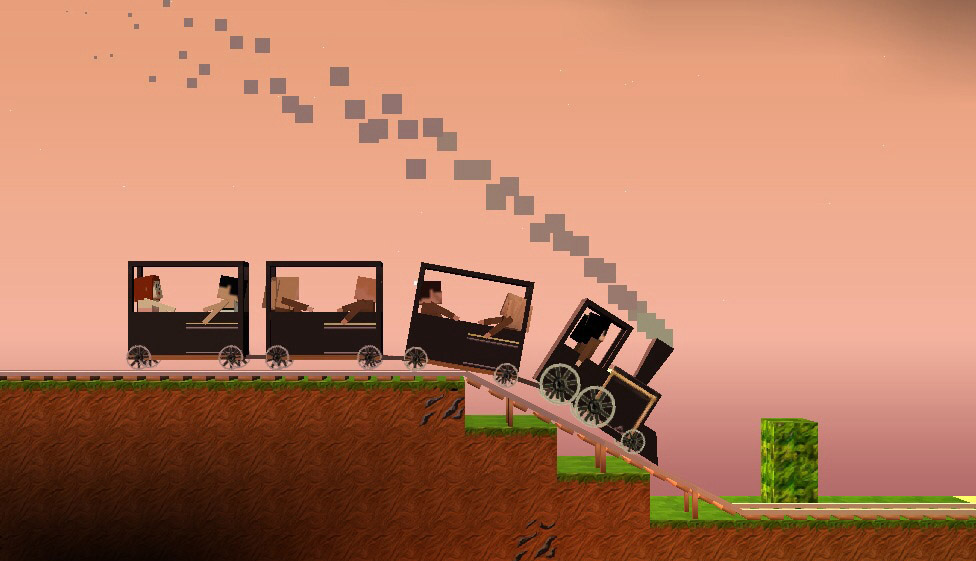 Electricity has also arrived in The Blockheads now. Generators, copper wiring, and electric workbenches mean that you can craft faster, and discover new electricity-powered items.

It doesn't stop there, either. A new enemy can be found in the cave troll if you go deep into the caves. Luckily, you'll be able to take them on with the new tin and iron armor, and the bow and arrow.

I mentioned multiplayer tweaks too, and they're quite significant additions. You can hurt other players in multiplayer now, so PvP battles are a possibility.

There's also such a thing as a "portal chest" too, which lets you transfer items between worlds, meaning that multiplayer trading just got a whole lot more expansive.

There's more changes and additions on top of those, loads of them in fact. You can see them all listed in the change log on the App Store, where you can also can download The Blockheads for free [download].

Want more? Check out our growing collection of The Blockheads news stories!

How to save the day with Marvel Puzzle Quest: Dark Reign - hints, tips, and tricks

The Blockheads is finally getting its biggest ever update on March 15th featuring HD textures, shark riding and a whole lot more

The Firing Line: 5 questions for Majic Jungle Software on The Blockheads

The Blockheads - a beginner's guide to the Minecraft-like sandbox sim