Things have not been going well for humanity since the events of reverse tower-defence gem Anomaly Warzone Earth.

It has been a few year since the 2018 invasion of Earth, and the planet is now overrun with aliens. Humankind is on its last legs, and the few remaining survivors are left to scavenge the ruined planet for supplies.

It's bleak stuff. But all is not lost - you've still got a giant fleet of tanks, enough firepower to send those aliens back home, and a can-do attitude. And, really, isn't that all you need when faced with the imminent extinction of your species? 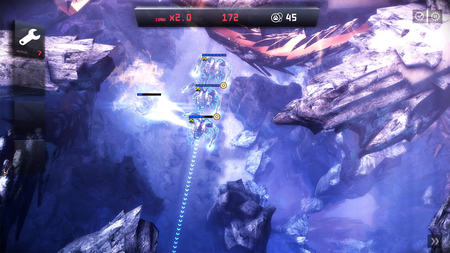 The basic setup is identical to the first Anomaly. Turning the tower defence concept on its head, you play as the waves of invaders who must break through a gauntlet of turrets and fortifications.

Your job is to plot a path of least resistance through the enemy base, and then watch as your convoy of tanks rolls through the alien defences. You can offer help from afar by repairing vehicles and deploying decoys and smoke screens.

New in this sequel is the ability to morph your units into war mechs. Just tap twice on a tank, for example, and it suddenly transforms into a mechanised walker.

Where the tank has a good range but unimpressive firepower, the mech deals much more damage with each hit but can only shoot enemies on its left and right flanks.

Each vehicle has a different mech doppelgänger with unique abilities that will help in specific combat situations. You'll need to keep swapping units between their two forms to gain the upper hand against your extraterrestrial oppressors. 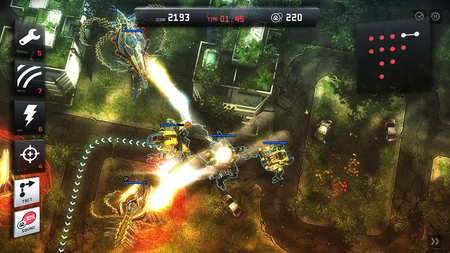 I didn't get a chance to go hands-on with this mode, but the idea is that one player has to defend her base while the other sends units to their inevitable deaths. The attacking player can also switch his path on the fly to dodge the enemy's fortifications.

Chillingo told Pocket Gamer that the iOS version of Anomaly 2 will use Game Center matchmaking for multiplayer.

Oh, and one last thing (but, let's be honest, it's the most important thing). The game looks absurdly good. 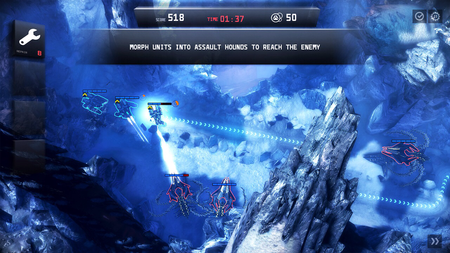 Thanks to a new renderer, and techniques like global illumination, directional light probes, and a stack of post-processing filters, this is one seriously impressive showcase for your new iPad 4.

In the level I played, my robot walkers trotted across a frosty tundra, and wandered down a valley that was lined with crystallised rock and ice. Mid-way through the mission, part of the scenery dislodged and revealed itself to be a giant, mechanical dragon.

I don't look forward to fighting that guy.

Anomaly 2 is shaping up to be a worthy follow-up to the first game (and its Korean-themed spin-off). The core gameplay might be pretty familiar, but the new mechs, dramatically improved graphics, and online multiplayer are all welcome additions.

It hits iOS in November. The Android edition should be out before the end of the year.

Want more? Check out our growing collection of Anomaly 2 articles!

Anomaly 2 is the next step in mobile gaming