There's a new update for Clash of Clans. It's got spooky stuff in it. Presumably because we're in the Halloween month now. Yay.

The new update also contains a lot of other interesting stuff, including full support for iOS 7. Reports Supercell has made the game entirely two dimensional and full of circles have been made up. By me. Just then.

The big draw of the update, mind, is a brand-new village editing mode that is unlocked once your town hall reaches level 4. You can pick up all of your buildings and start your dwelling from a completely blank slate.

There's more precise building placement in this update, too, and you can add multiple wall pieces by dragging a finger around. 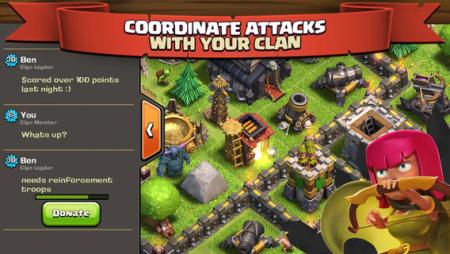 The spooky Halloween part of the upgrade means Spell Factory boosting lasts a lot longer and only costs one gem. Which sounds good, I guess. Furthermore, there are some spooky secrets to find.

There's also a level eight mortar and a new troop request indicator in Clan chat. Oh, and the Elder Kick cooldown has been changed to 20 minutes.

So, there you go: lots of new stuff in Clash of Clans. The update is live on the App Store right now.

Use bandages to swim, fly, and move objects in Pencil Pig's Tangled Tut