Never played Inazuma Eleven? Here's LEVEL-5 President Akihiro Hino to catch you up on the series

Plus - Inazuma Eleven in the US?

The universe of Inazuma Eleven can get a tad confusing.

If that weren't enough, pretty soon there's going to be a 3DS port of a DS game that was only released in Japan, that will debut in English-speaking countries sporting extra bells and whistles.

Suitably flummoxed, I turned to Level-5 CEO and President Akihiro Hino for help. He gives me - and other Inazuma Eleven newbies - the full run down of what to expect from Inazuma Eleven 3, provides a refresher on the preceding story, and hints at the possibility of a US release. 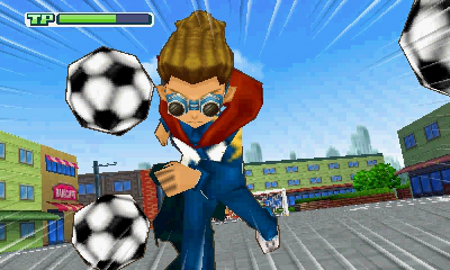 Pocket Gamer: For those who might not have played a game in the Inazuma Eleven series yet, can you explain what gamers can expect when the third title launches?

Akihiro Hino: The Inazuma Eleven series is a completely new kind of game, a football RPG.

The games are about the Raimon Junior High Football Club, led by their captain Mark Evans, playing a series of intense matches against powerful rival teams using spectacular special moves.

A key feature of this third instalment in particular is the 2,200 characters you can recruit from to create your own unique team, more than ever seen before in the series. Special moves are an indispensable part of the Inazuma Eleven games and there are over 350 of them here. 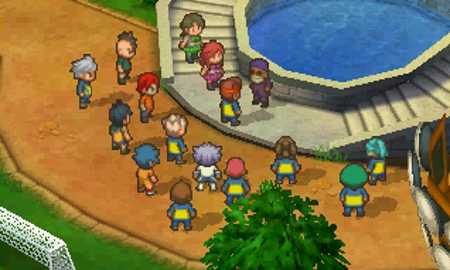 In terms of raw gameplay, what's new in Inazuma Eleven 3 over the first two titles?

A new system, Special Tactics, which takes advantage of your formation has been added to the matches. Unlike special moves, these are strategic moves that involve the whole team and can swing the whole match in your favour.

Another new feature, shot chains, let you link shots together, each shot making it more powerful and making your special moves even more devastating. There is also a new capsule scouting system where you can spend coins that you collect in capsule machines to get new players.

Lots of other improvements have been made too, but I’ll leave those for you to find when you play the game for yourself.

This is the first time Inazuma Eleven 3 is being released outside of Japan and we want to release each game separately first so they can each have their own separate identity. 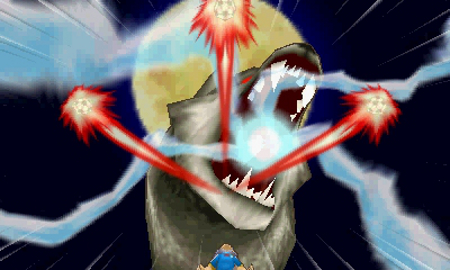 The series is known for its fun, yet dramatic story. Could you give us a quick summation of the plot, let us know where Inazuma Eleven 3 picks up, and give us a few hints as to what awaits?

The story starts 3 months after the events involving Alius Academy in the last game. Mark and the other Raimon players as well as players from old rival teams are all called together as potential candidates to enter a youth tournament called Football Frontier International where they would play against teams from all over the world.

Under the mysterious new coach Percival Travis, the Inazuma National team will have to overcome problems and conflicts while playing against the best teams in the world on the football island, Liocott Island.

The two different versions of the game tell stories of two of Mark's different rivals. Lightning Bolt tells the story of Paolo Bianchi from Italy, and Bomb Blast that of Hector Helio from Côte-Victoire. The enemies you'll have to face after completing the main story will also be different in each of the two versions so there are plenty of differences to enjoy.

Have you considered a US release for the Inazuma Eleven series?

If more people in the US start saying that they want to play the games then I'd love to respond to that and make preparations for their release.

Catch a sneak peek of the re-telling of Pokemon Red and Blue in Pokemon: Origins